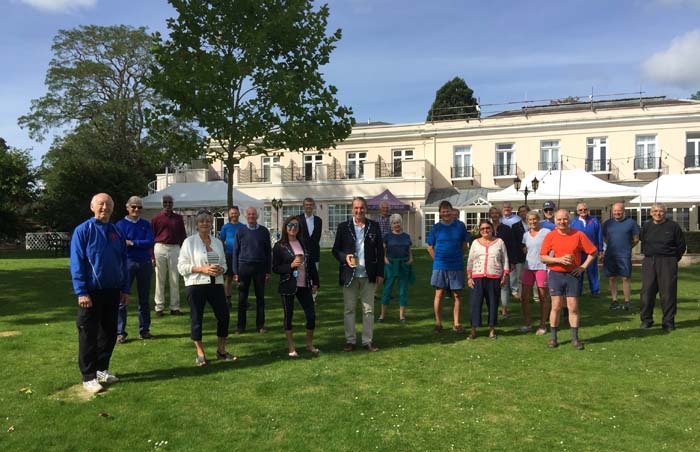 The Rowing Club, one of 30 interest groups at the Club, started on 4th June 2000 with 25 members and was originally called the “The River and Rowing section”. The Rowing Club was started with no assets or cash but with the enthusiasm and talent of the pioneering members they managed to acquire three sports boats and one recreational boat. The first Chairman, Dr Ian Gallen said, “We wanted to provide fun, relaxation and a challenge through rowing and performance sculling as well as developing a social calendar in tandem with rowing activity.”

20 years later the Rowing Club now has assets including 24 boats and has 107 members. It is now one of the premier recreational rowing clubs in the area and offers a sport to members who may not have thought about a rowing as a sport for them. The club is affiliated with British Rowing and encourages members of all abilities to row or learn to row.

The lively, active group of members enjoy rowing on one of the most beautiful stretches of the river Thames for some recreational and sociable exercise followed by refreshments on the terrace or in the bar. The interest group welcomes novices, people wishing to return to rowing or experienced rowers wanting to join a less competitive group. In the past they have also had a great social programme alongside the rowing with non-rowing partners invited too (this is currently on hold due to Covid-19).

The Club now owns a good range of boats from singles to quads for members with rowing experience and training boats that cater for novices. The busy social programme over the years has included dinners, ergo challenges, trips to the theatre, punting and even a skiing group! In the Spring and Autumn they run Time Trials which is a private match where members can compete with local invited clubs.

Rowing Club member Sue Perry-Whitehead said, “I think the Rowing Club has been so successful over the years because we’re a fun, committed bunch of people who love messing about on the river. We came, enjoyed and never went away! We are not cliquey; we welcome everyone regardless of ability and have fun on and off the river. I personally joined the Rowing Club because I was new to Henley and thought rowing looked so cool and such fun, I knew no one in Henley and I was ordered to get fit at my company medical! Those were the reasons I came. The friends I have made as well as loving rowing on the river are the reasons I’ve got more involved and stayed. My experience embodies our motto: fun, fitness and friendship through rowing.”

If you are interested in becoming a member of Phyllis Court Club and joining the Rowing Club, please email membership@phylliscourt.co.uk or call 01491 570 510. 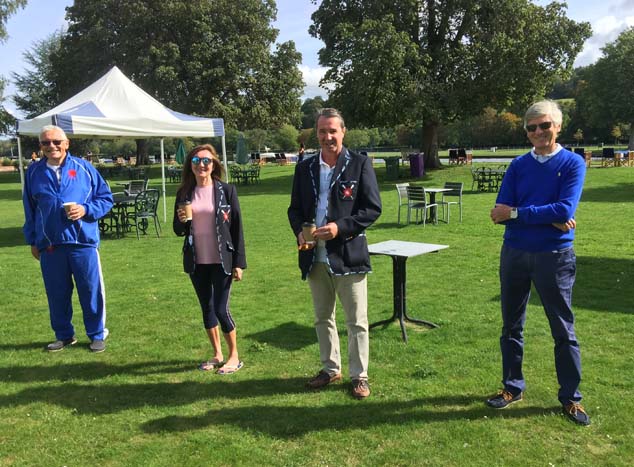