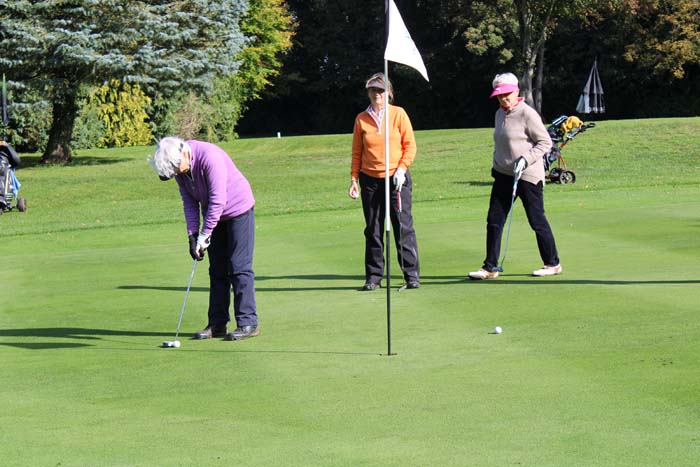 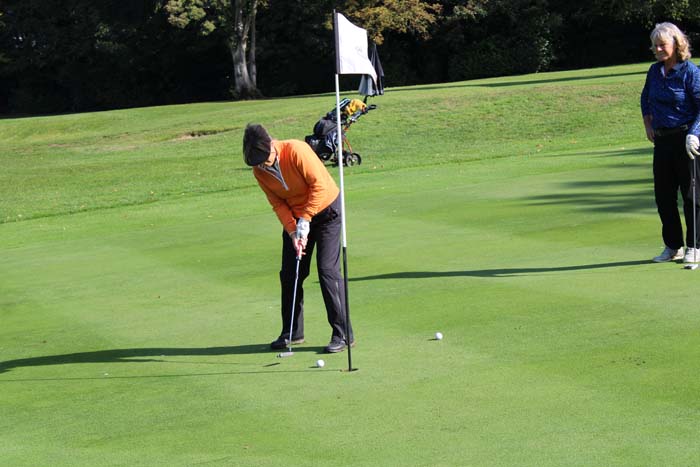 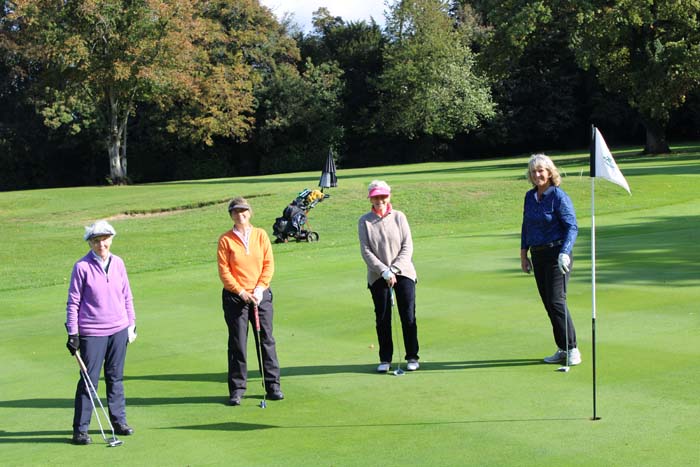 Despite the mixture of heavy downpours of rain, wind and sunshine on Thursday, ten teams enjoyed playing in the 11th Chiltern Centre annual Golf Day at Badgemore Park.

Chiltern Centre Community Fundraiser, Emma Lerche-Thomsen said, “Although we’re down on numbers this year, we’ve had an amazing mixture of people (men and ladies) who signed up to create a lovely atmosphere.  We raised £1,500 which was brilliant given the restricted numbers of players.  They were an incredibly generous group.  We’ve had some fantastic support.  For the first time we had Caddyboo as our golf day partner.  They provided each of our golfers with one of their unique water – retaining golf towels.  They contacted me through social media as they like to support charities through golf tournaments.  It’s a really nice connection and partnership.  Other donations and thanks should go to Henley Glass, Phyllis Court, Medusa Hair Studio, Mr Hobbs Gin and Laurence Menswear for prizes.  Balloons by Atticus and Hope and chocolate truffles from Gorvett & Stone and lastly a big thank you to Badgemore Park for hosting us.”

The charity’s previous golf days have been played at Henley Golf Club.  Paul Barrett, Chair of the Trustees said, “It is great to have this first event since lockdown.  That is why everybody is so happy to be back. Both, us as fundraisers and also I’m sure the golfers who are participating in this.  David Haddock, one of our Trustees, who is a former Captain here, really pushed to have this take place and made it happen here at Badgemore.”

Golfer Adrian said, “I’ve played in every one I think.  It was very good considering the amount of rain.  I enjoy supporting the charities from the Captains and past Captains and the Chiltern Centre was one of the charities 2 years ago under Dave Haddock.  It seemed like a very good cause and a nice charity to support.  We played some good shots between us.  The last whole was the best when Danny Fois got the first birdie of the day.”

Anne Kennedy who has played every year added, “The reason I started playing was because of the subject matter.  There isn’t one of us who hasn’t been touched by someone who has a disability. Throughout my life I’ve always supported a local charity and I thought that this one was such a worthwhile one and one that doesn’t get nearly as much support as it ought to do. Even if they had not gone ahead with today, I would not want them to tear up my cheque – I would want them to keep the donation.  Over the years, I’ve played mostly hardcore of the same friends but some have moved away.  This team we’ve been together for quite some time and we’re really good friends.”

With a challenging course with some of the greens being waterlogged, the winning teams and players were: