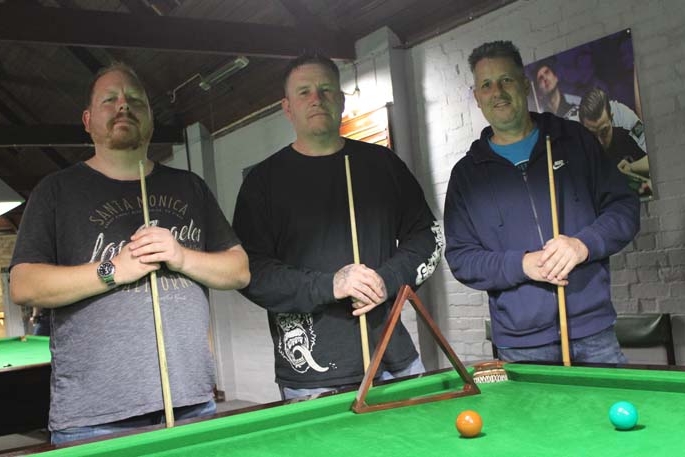 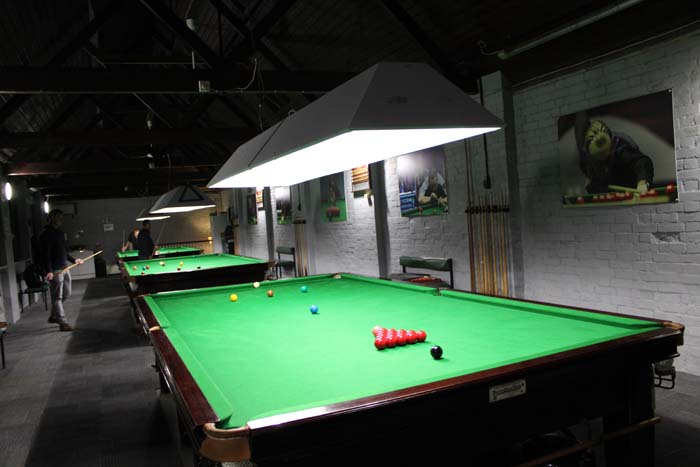 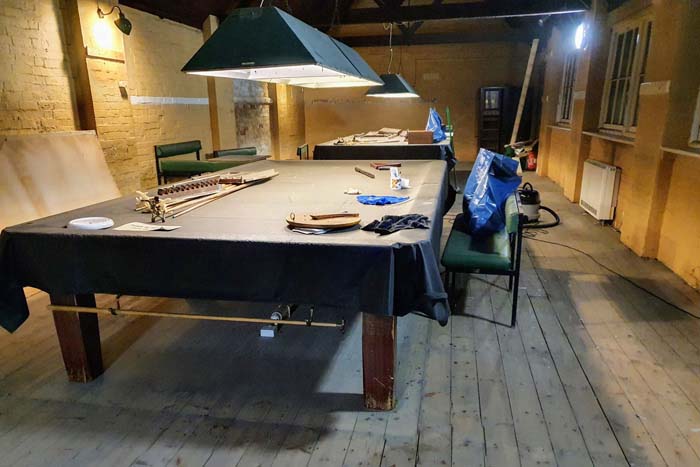 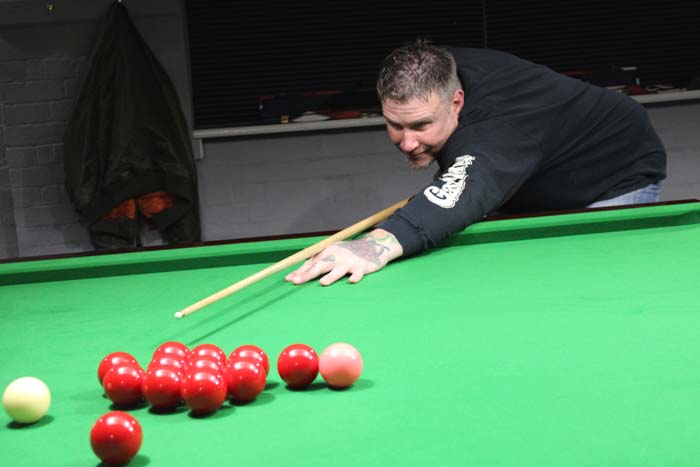 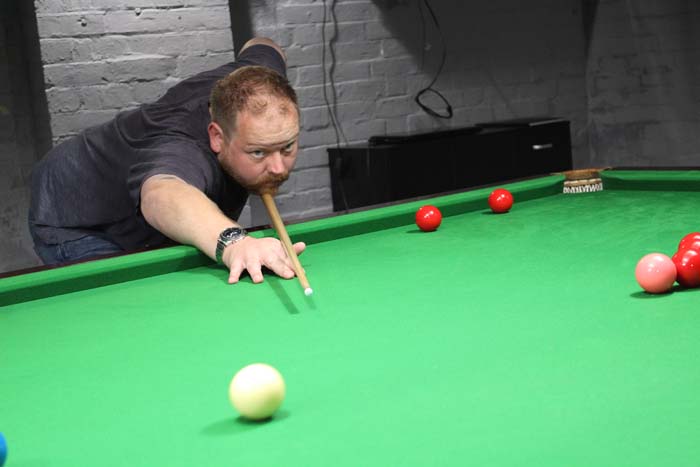 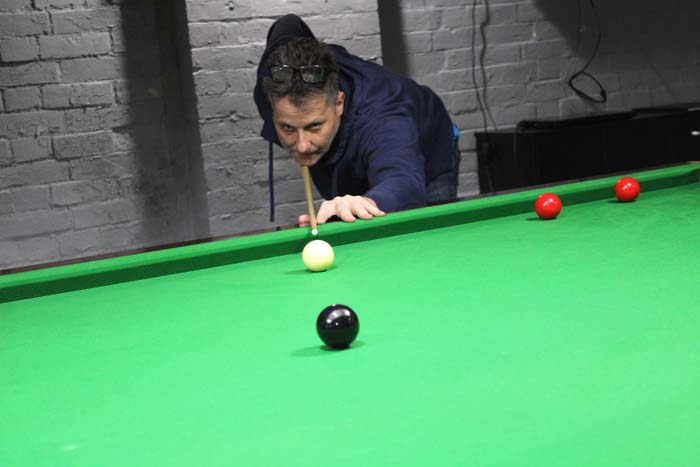 The club closed in 2015 after lack of use and a fall in membership.  The renovation was completed during the evenings and weekends and took about 3-4 weeks.

Ian said, “I used to play here in the late 80s/early 90s when I was 14/15 along with the others and I was keen to get it reopened.  The four of us have used money out of our own pockets to redecorate, fit new carpet, blinds on the windows, added a TV and sofas plus new electrics.  We hope to recoup the money eventually through membership.”

Gary added, “The challenges were the state of the walls and getting the rubber matting up which was tacked down.  There was an awful lot of dust too but it was quite good fun doing it.”

The club has three tables for snooker and billiards and is open 24 hours every day.  Membership for a year is £45 for adults, seniors £20 and juniors (12-17) £20.  Juniors need to be accompanied by an adult.  Access is via a membership card which is also used to bill for the table lights which cost £4/hour.

The club has already attracted 25 members and they have got two teams ready to play in league matches when they restart.  Ian commented, “We gave up playing for about 10 years.  We used to play in the Henley & District league and a few of us got back into about 3 years ago and we have been floating about playing at different clubs around Henley including the Salisbury Club, Harpsden, Earley Home Guard Social Club.  We just wanted to get back to somewhere in Henley and get a Henley team back into the league as there was only Harpsden left in the league.  We came to have a look at this, and we got it together.”

New member Jason Acock, “Just joined over a week ago and played a couple of times so far.  Never played here but used to play the game years ago.  I found out through a friend and social media.  I think the facility is fantastic.  Having never seen it before, it is great in today’s crisis to have a bit of an outlet where you can come and play some friendly games safely at a distance.  Great to have to have it on the doorstep.  It is also good to bring this back to the community.”

The club has Covid-19 measures in place including a QR code to check in and 12 people are able to play at the club at one time.

Ian added, “The response so far as been that everyone who has come up here has really liked it.  We have had people come back who haven’t played here for years and said the change is unbelievable. It’s nice for people to appreciate what we’ve done.”

The Club is hosting snooker professional Billy Joe Castle on 4 November when members will get the chance to play him.