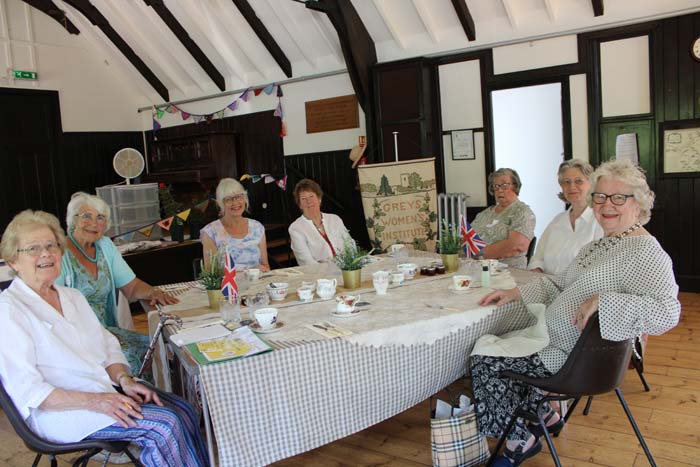 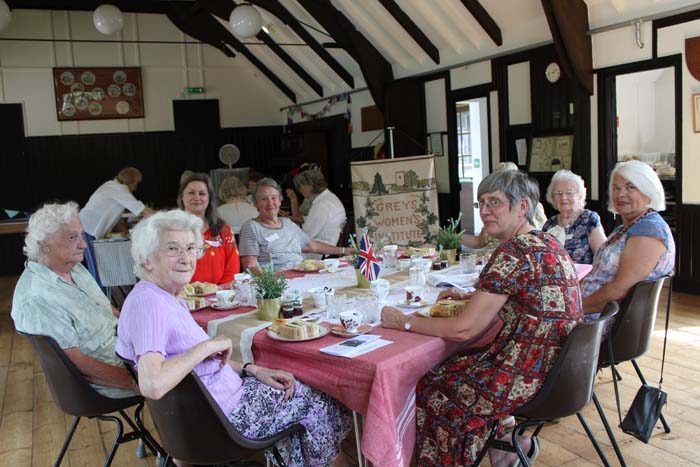 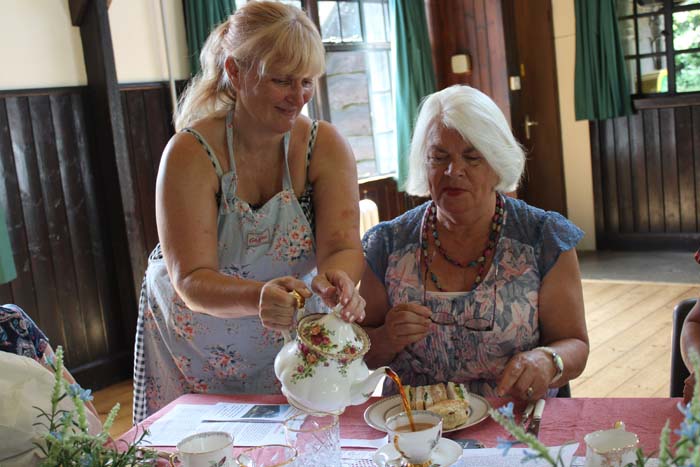 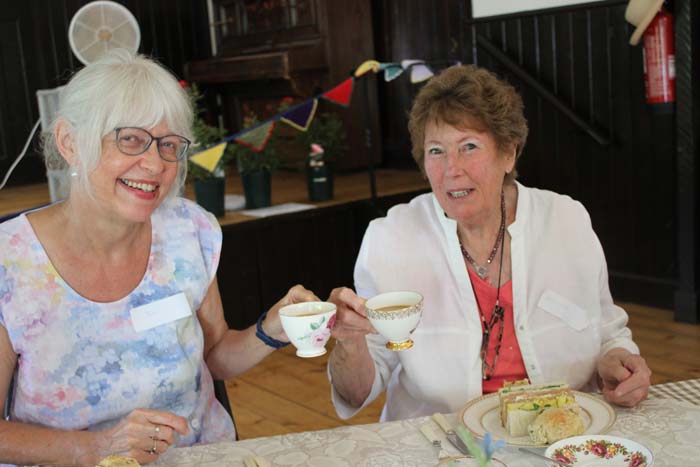 Greys WI were delighted to be back together to finally be able to celebrate their centenary anniversary last week with a special tea provided by Time for Tea thanks to members Janet, Joyce, Josee and Millicent who raised the money for this.

The Amazing Greys WI were planning a special centenary year last year when Covid hit.  During the pandemic the members have kept in touch via telephone and a newsletter delivered to members’ homes.  The group were due to restart their official meetings in June but with the restrictions being postponed by the Government, they held an informal get together outside at Swiss Farm.

Jackie Walker has been appointed the new President of the Amazing Greys.  She joined the WI in 2019 and hadn’t been to many meetings before lockdown happened.  She explains, “I went along to a really good talk and really liked all the ladies and thought I had a got a learn from them.  I had a great afternoon tea and went home thinking I could enjoy going along to this once a month.  Just before lockdown Jackie became a Committee member and they needed to elect a new President.  I didn’t realise that only committee members could be voted as President.  Jackie comments, “I didn’t know this was a possibility or going to happen but I am really happy they voted for me and put their trust in me.  I’m still learning about the role.”

A rose bush was presented to Val Mundy (former President), Millicent Gibby (former Committee Member) and Janet Leaver (former Secretary) for all their hard work over the years.

Suzanne Thetford gave a tribute to former Greys WI member Shirley Bates who sadly died recently.  She said, “Shirley worked so hard for our WI for many years, whether that be washing up, setting up,  greeting visitors or anything that needed doing, Shirley would turn her hand to it.”

Jackie Walker said, “Members haven’t been together for a very long time.  In June it was a very happy gathering.  My memory of that was everyone so happy to see each other again to chat and catch up.  No one seemed to be overly worried about anything.  Last week it was again great to see each other, back together and decide on what we’re going to do going forward.  My impression was that everyone had a good time.”

The group now have a full programme of meetings for the rest of the year and an annual outing of a river cruise on 18 August.  They normally meet at Greys Village Hall on the third Wednesday of each month between 2.00-4.00pm.  If would like more information or to join email greyswi20@gmail.com or call Jennifer Smith Secretary 01491 628349.

Adventure Golf Course Proposal – Parents of Children Under 13 Have Your...
Scroll to top