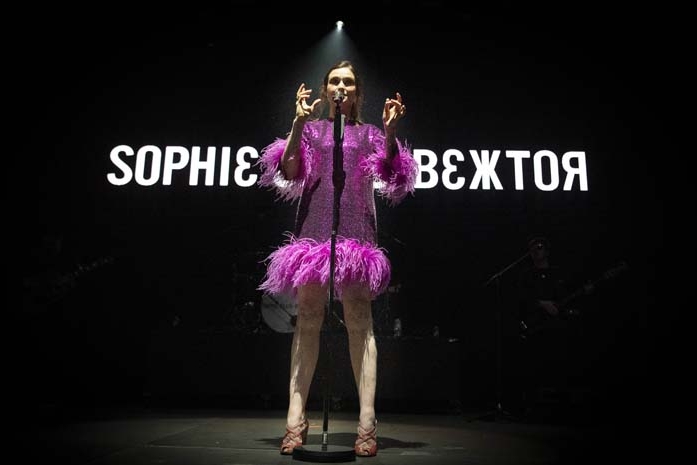 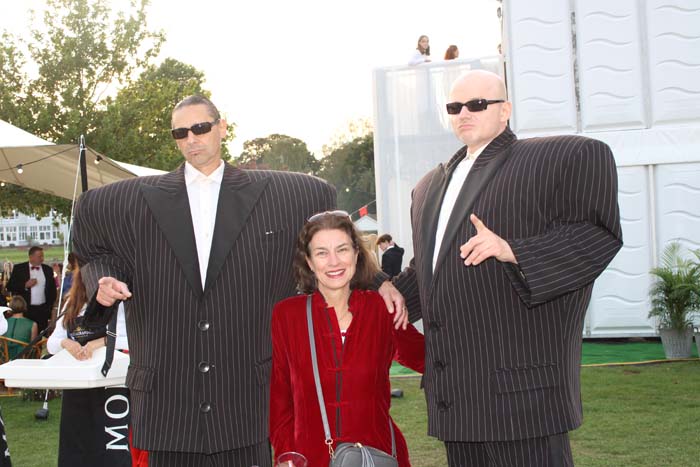 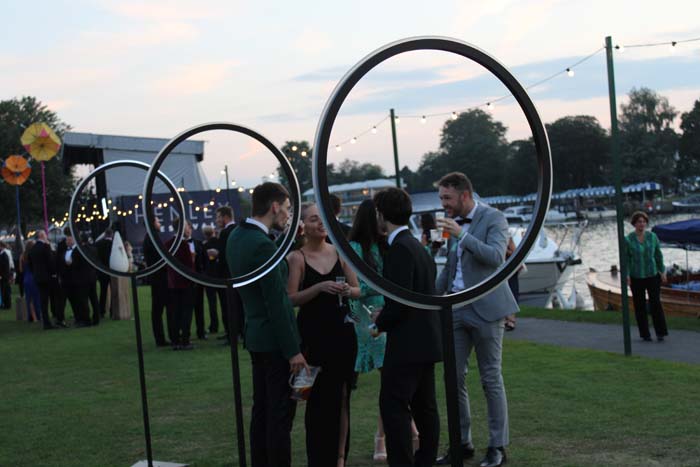 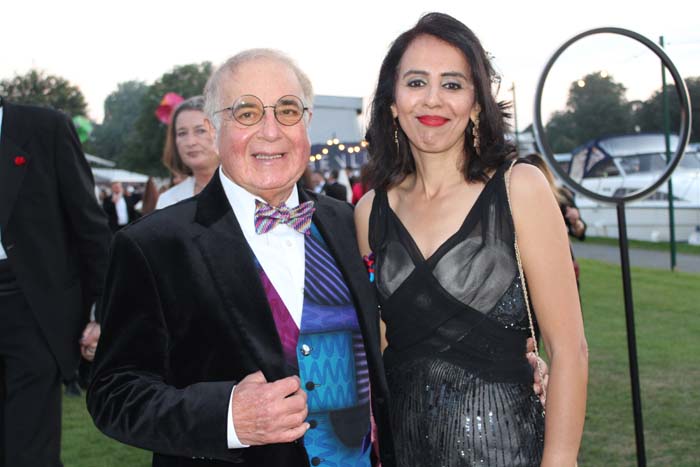 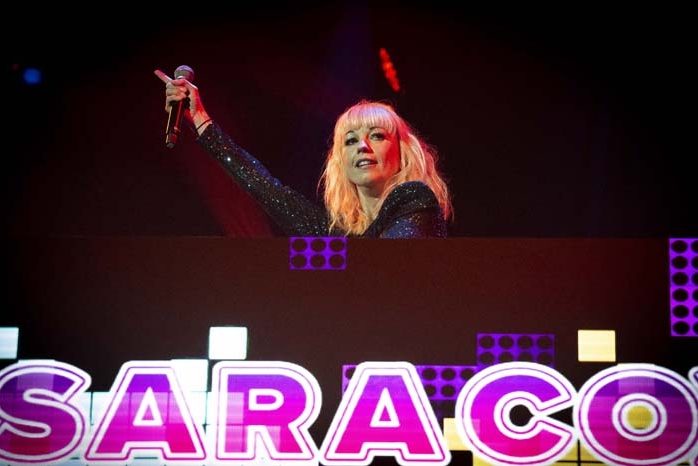 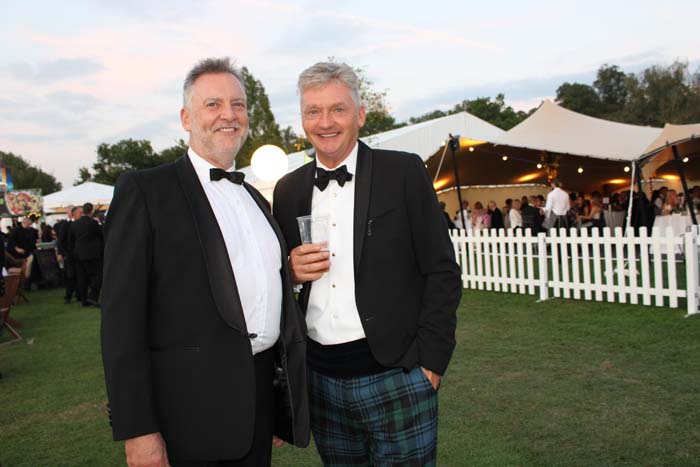 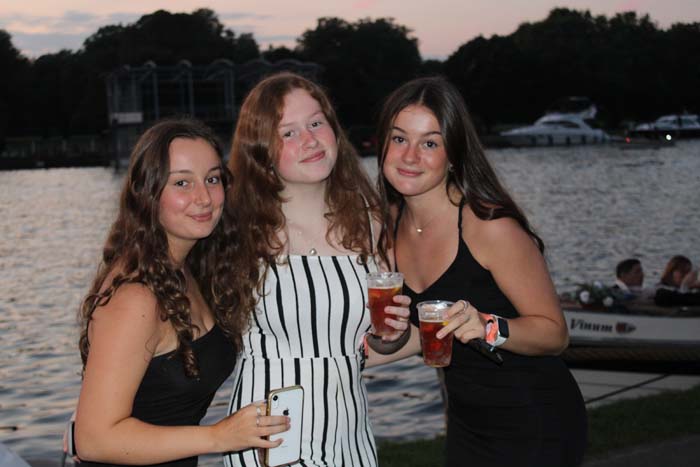 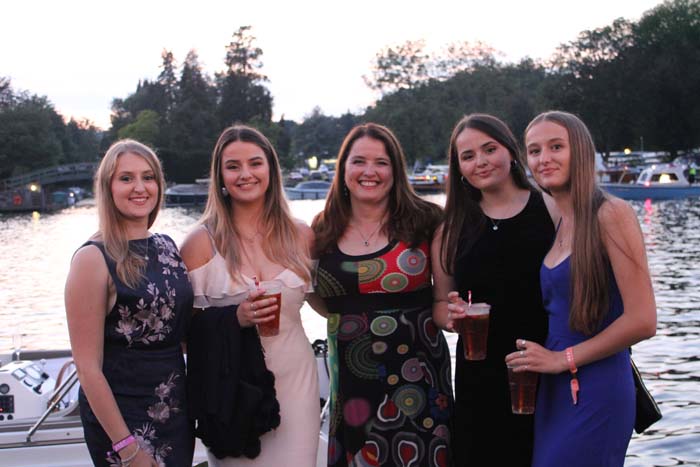 The biggest audience for this year’s Henley Festival got down and boogied in their finest with Sophie Ellis-Baxtor on Friday night at the Festival.

Sophie wearing a pink sparkly dress, opened the show with 2001 hit Take me Home.  Afterwards she said, “This is going to be fun!”  Now we’re back doing gigs in the most beautiful places and sometimes you have to slum it in Henley!”  There are two good things to keep you warm –  (1) alcohol which I can see is already sorted and (2) dancing I’ll help with that.”

She went on to sing her hits which included Wild Forever, Love is Camera, 13 Little Dolls, Groovejet and Crying at the Discotheque.

Sophie then told a story about one of her band mates coming to Henley before.   She said, “I can’t say which band member it was.  But one of them went out in a boat, stole a hanging basket and a traffic cone and the police chased their boat.  After catching up with them they said they had brought the hanging basket from home.  Thank you for allowing my husband back here tonight!”

Like all the other Festival headliners, Sophie has waited 18 months to play Henley.  She commented, “I’m not going to play it cool, I think you’re absolutely fantastic. Suddenly there were no events and I didn’t get to sing for you.  You’re not as amazing in my mind as you are in real life.  It’s magical.”

Sophie and her husband Richard starting doing Instagram live Kitchen Discos during lockdown.  She said, “They were like love letters to people that I was missing.  They were all my favourite covers.”  This one is for you Henley – she then sang Like a Prayer by Madonna.

She finished her set with her one of her biggest hits from 2001, Murder on the Dancefloor before coming back on stage to do an encore of Yes Sir I Can Boogee originally recorded by Baccara.

The audience were then treated to a firework display whilst the stage was being reset for BBC DJ Sarah Cox’s show Just Can’t Get Enough 80’s.

Sarah starting by asking, Who’s drunk already? before getting the party started with Just Can’t Get Enough by Depeche Mode.  Afterwards she asked the ladies to scream and the men to roar, announcing afterwards that the ladies definitely won.  She then went on to play classic 80s hits which included Sweet Dreams, You Spin Me Round (Like a Record), Weather Girls, Don’t You Want Me Baby, I Want to Break Free. Before playing 99 Red Balloons by Nena, large red balloons were thrown off of the stage into the audience.  The set also include dancers, and a brilliant saxophonist Anna who accompanied, the hits The Heat is On and the Madness classic One Step Beyond.

The Festival continues tonight with a Disco Classical featuring Kathy Sledge from Sister Sledge.   Tickets are still available at https://henley-festival.co.uk/whats-on/saturday/