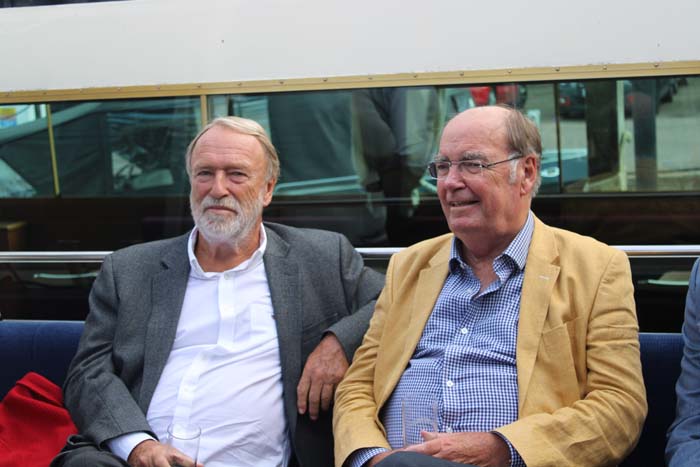 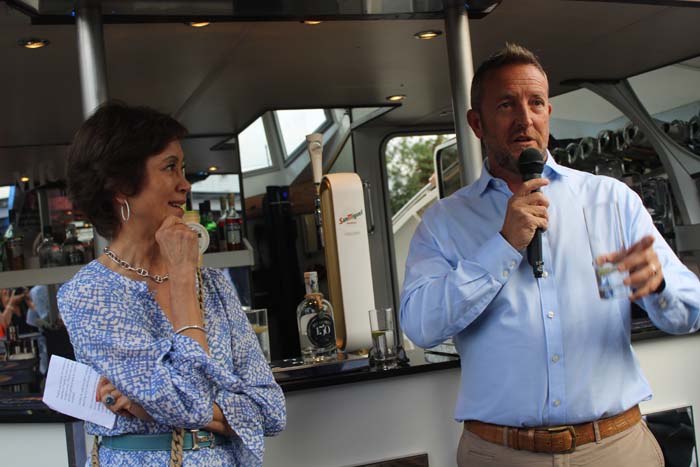 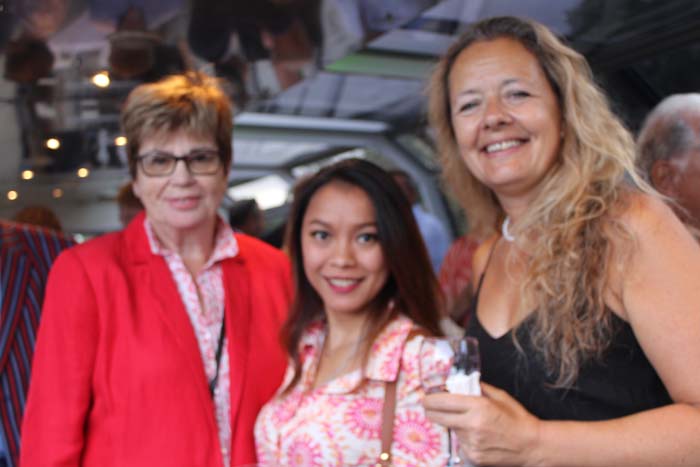 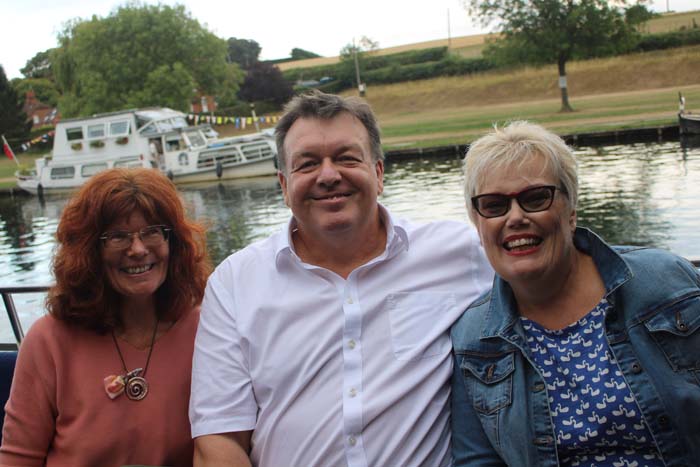 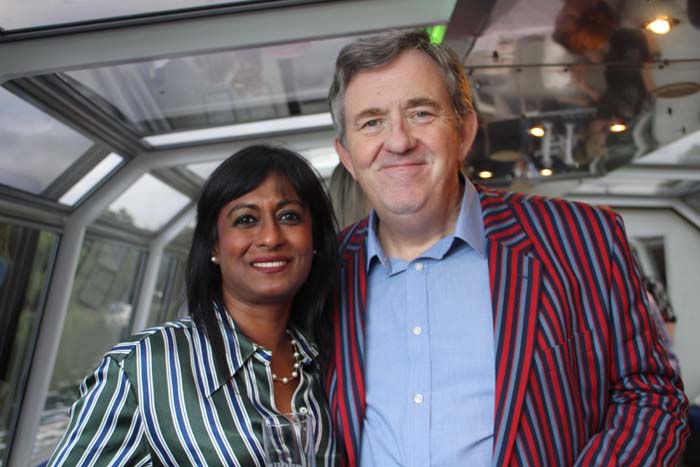 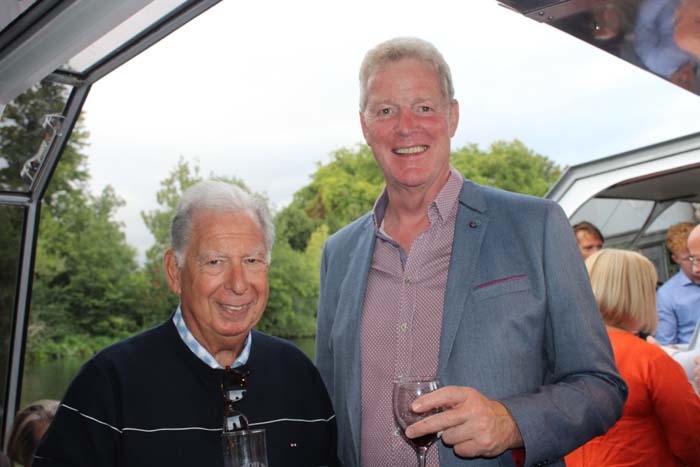 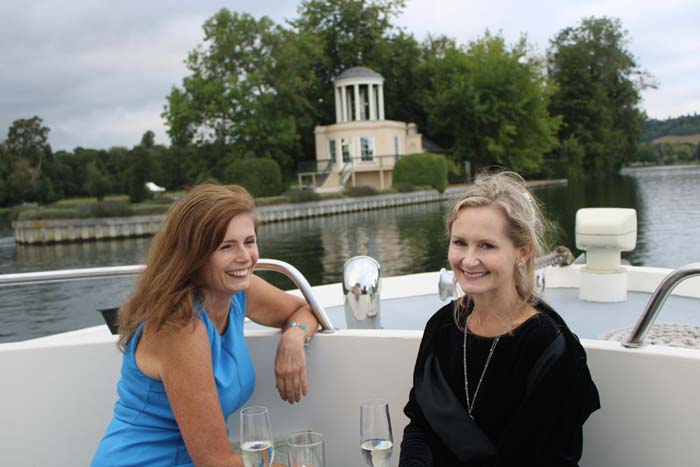 With the clouds clearing on Thursday evening, it turned out to be the perfect night to take a cruise down the river aboard The Hibernia, Hobbs of Henley boat whilst enjoying a Hobbs of Henley 150 special edition gin & tonic.

Guests on board were members of The Relais Henley hotel’s The Salon private member’s club and the evening was being sponsored by Hobbs of Henley.

Jonathan Hobbs welcomed the guests on board and gave the guests an insight into the ingredients of the limited edition gin.  He said, “Like all gins it has juniper and coriander in it otherwise it’s a vodka and a mixture of spices and citrus.  The spice comes from green cardamom and black pepper and the citrus side is lemon verbena, grapefruit, lemon peel and elderflower.”  The Henley 150 gin has been awarded a Silver in the London Spirits Competition, putting it the top 10 London Dry Gins in the UK.

Jonathan added, “When Grace and I first met; when she’s was developing the hotel I gave her a bottle of it and you put it behind the bar.  That was the start of a successful partnership between two of us.  We also work together when Grace has top travel journalists come to stay as we take them out on the river.  Together we’re really promoting the town. As we head into this winter, without being too much gloom, I think this sort of partnerships between hospitality businesses are going to be really important to keep us going.”

Co-owner of The Relais Henley, Grace Leo said, “I never used to drink gin before coming to live in London.  Since Johnny gave me this bottle of gin, I kind of got to like it and it’s now my preferred drink. It’s great to have the clearing of the weather just in time for us to cruise down on the river.”

Grace then went on to talk about the benefits of and events planned for the Autumn for Salon Members.  She said, “We’ve got some interesting speakers and topics coming in the next few months.  The next outside excursion is going to be at Bremont’s Head Office in September. If you haven’t visited already, it’s very impressive. There are also some additional benefits of the The Salon membership which now include discount on Mr Hobbs Gin and boat rentals as well as food and beverage discount at the hotel.”

For more details about The Salon go to therelaisretreats.com/henley/the-relais/the-salon-at-the-relais