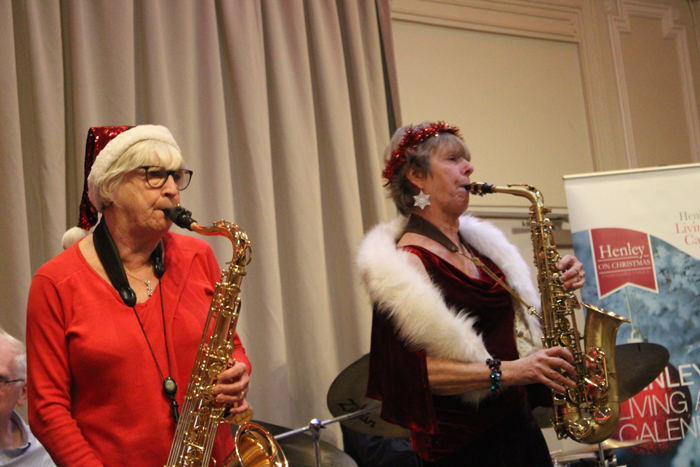 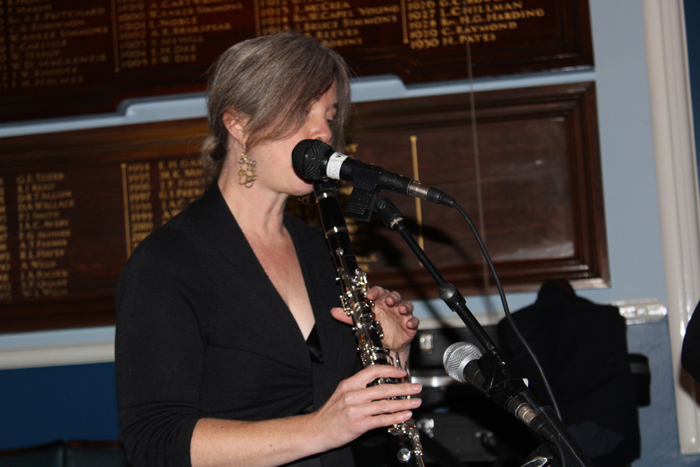 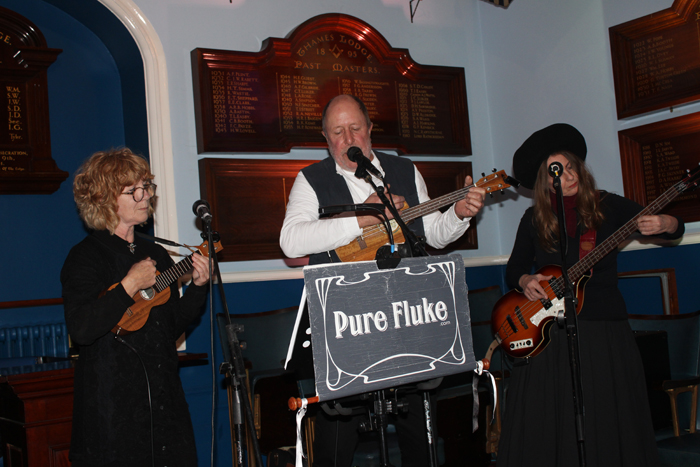 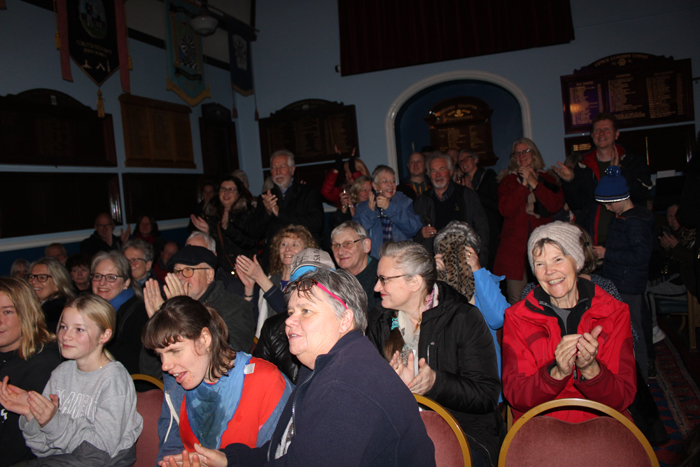 The audience of the Living Advent Calendar on Day 2 (Friday) got a real treat as they were invited into the beautiful Temple at Thames Lodge Masonic Centre on Reading Road where the Freemasons meet for the surprise performance from LAC regulars, Pure Fluke.  This was first of six new venues for this year’s event.

Pure Fluke entertained the audience with some classic tunes which included 50 Ways to Leave Your Lover, Save a Prayer, Englishman in New York before ending on Fairytale of New York with lead singer, Dave Pindar saying, “No one wanted to practise this in June so we’ve only rehearsed this earlier!”

Afterwards LAC Organiser, Richard Rodway said, “We know Christmas has finally arrived now we’ve heard Fairytale.  There’s no more regal and funky than this venue and Huw has done a great job tonight to light it up.”

3 December – Jonny B Rocks The Anchor 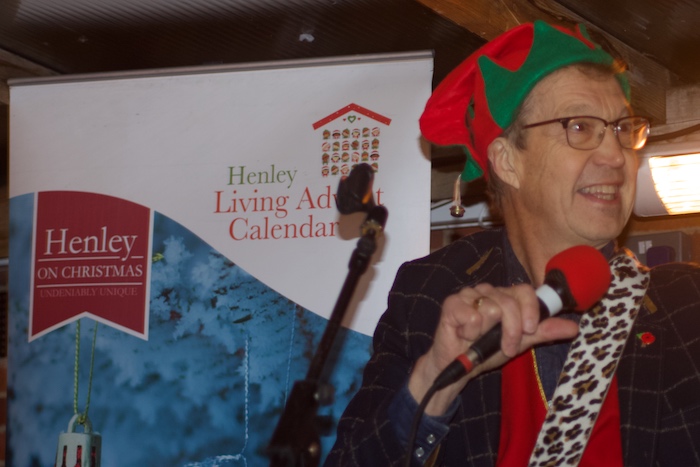 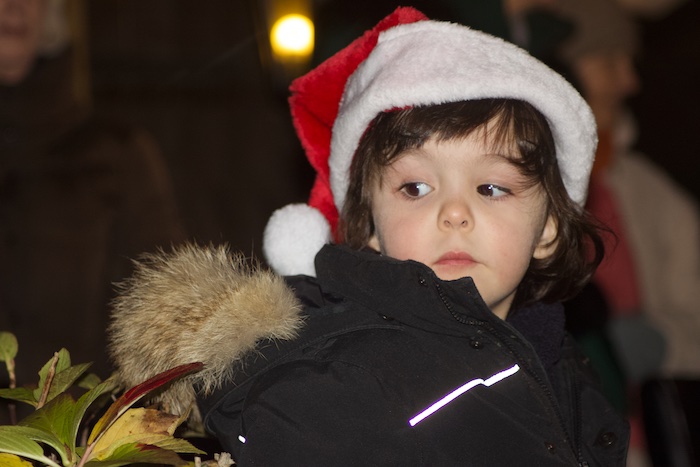 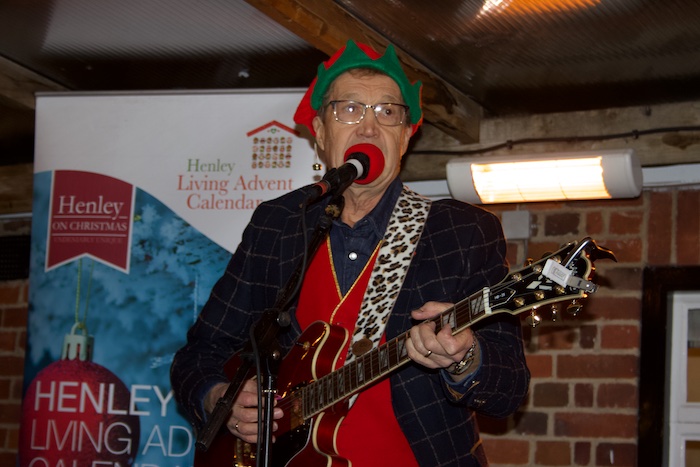 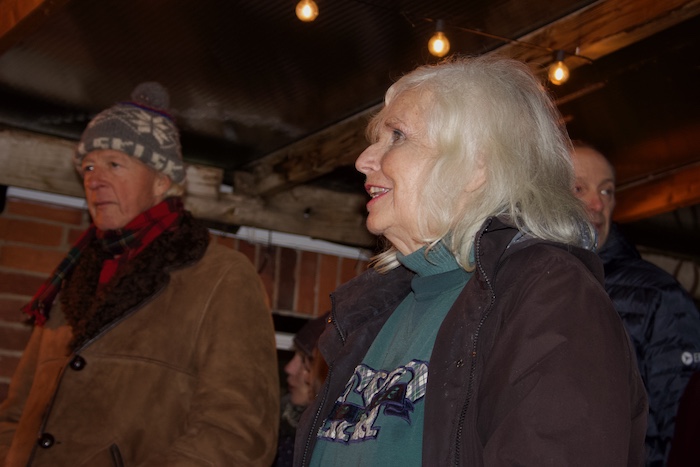 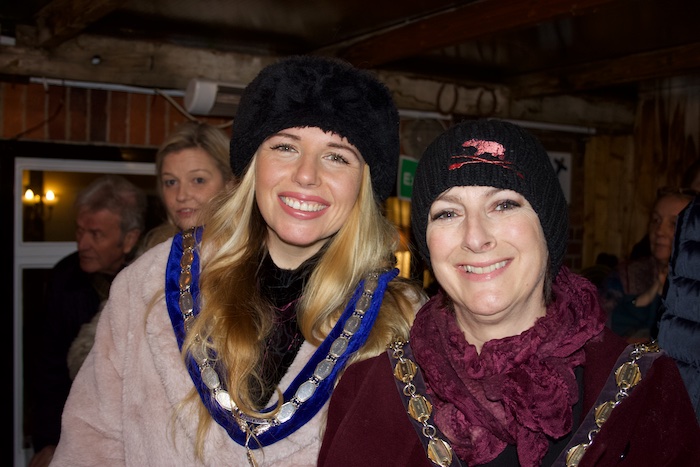 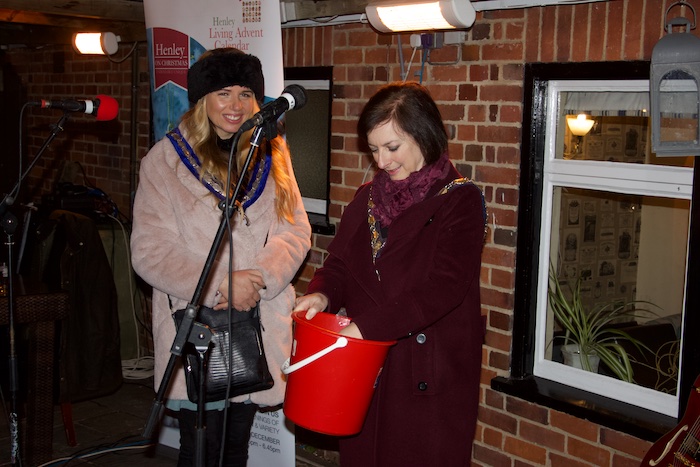 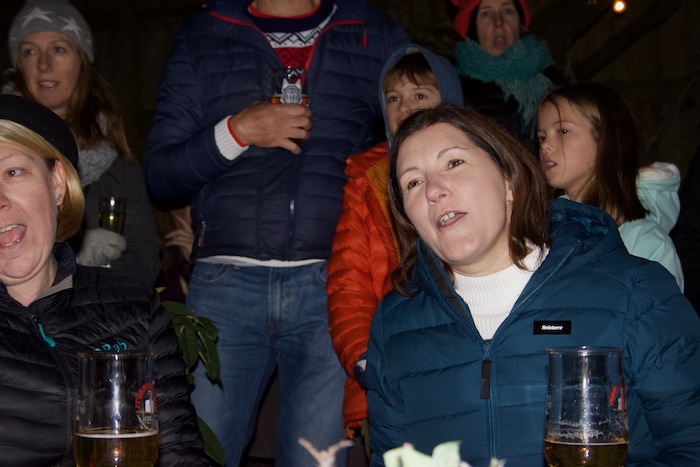 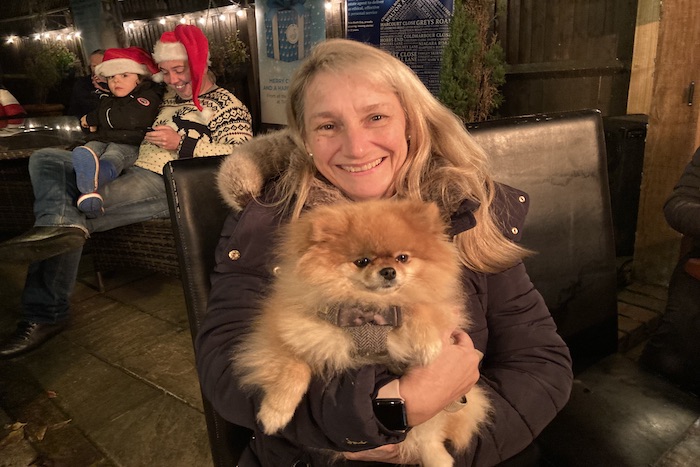 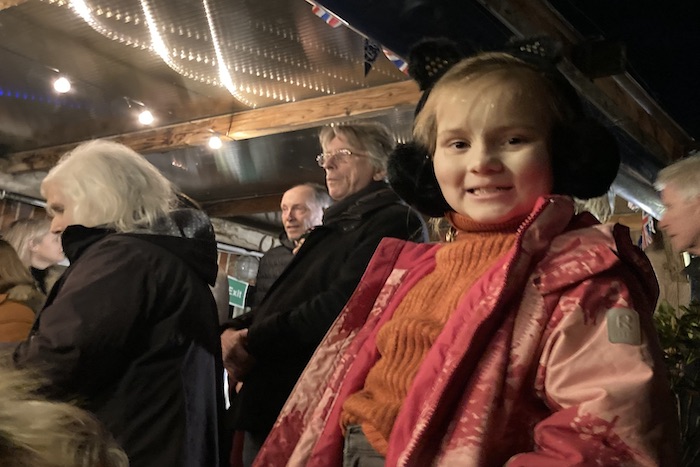 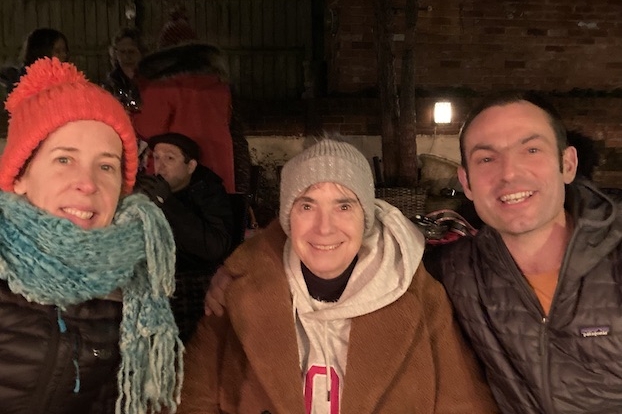 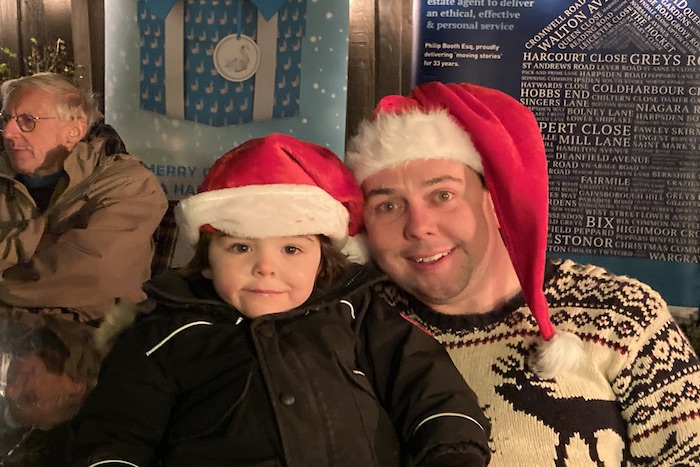 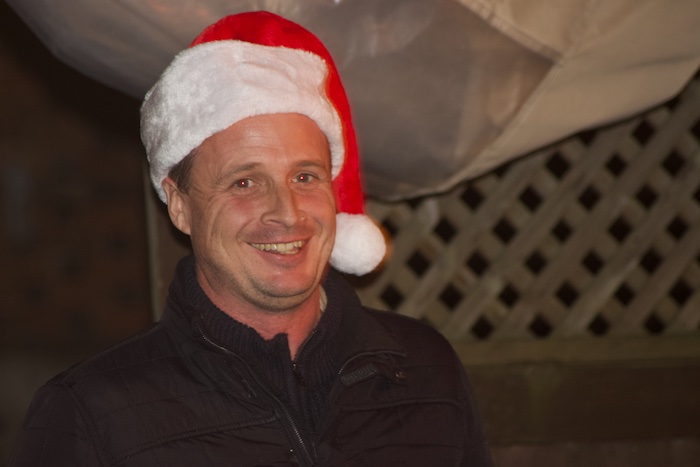 The Anchor Pub on Friday Street opened its doors for Day 3 (Saturday) of the Living Advent Calendar, with Jonny B entertaining the audience with a mixture of Christmas and Rock tunes.  Before the event started  LAC Organiser, Richard Rodway encouraged everyone to give generously to night’s local charity which was the Henley YMCA, and introduced  Rosemary Duckett, Chairman of the Board of Trustees.  Rosemary said “All funds collected tonight go to providing supported accommodation to vulnerable young people and the YMCA is starting a new project called ‘Room Sponsor’ where a monthly donation could be made to fund a counsellor to support young people.”

Jonny B sang a range of songs including songs from the ’60s, ’70s and ’80s. The packed audience sang along to When I Saw Her Standing There, Dominick the Donkey and Merry Christmas Everyone, whilst enjoying a variety of beverages provided by the Anchor. 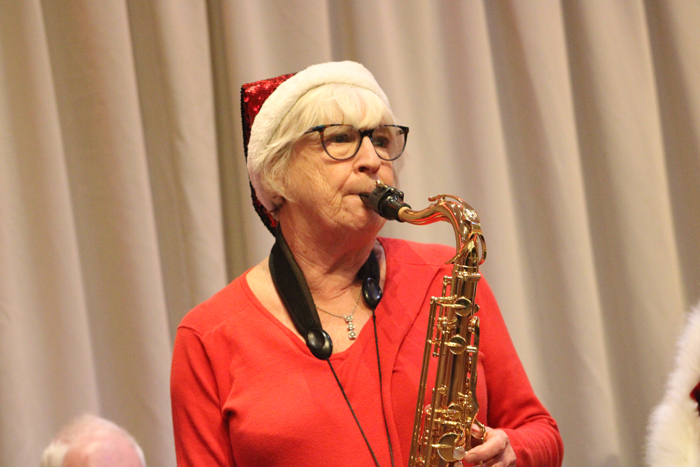 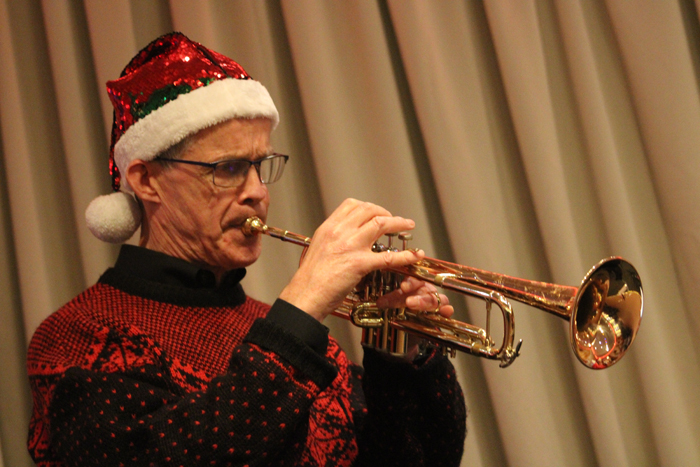 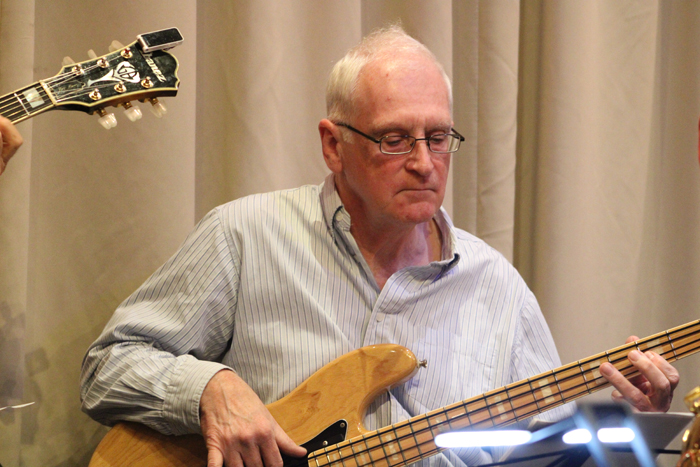 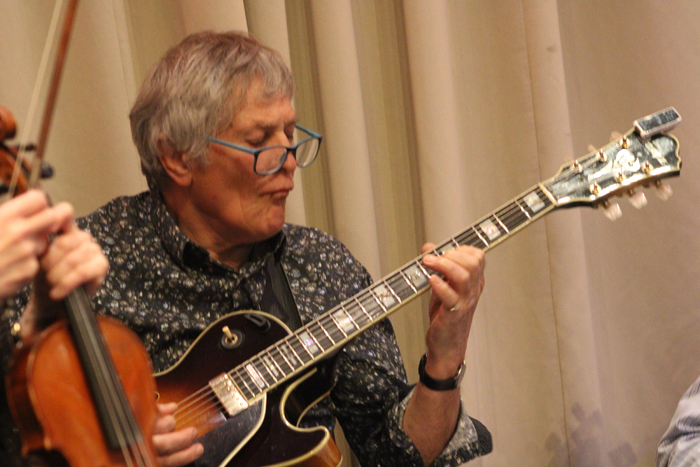 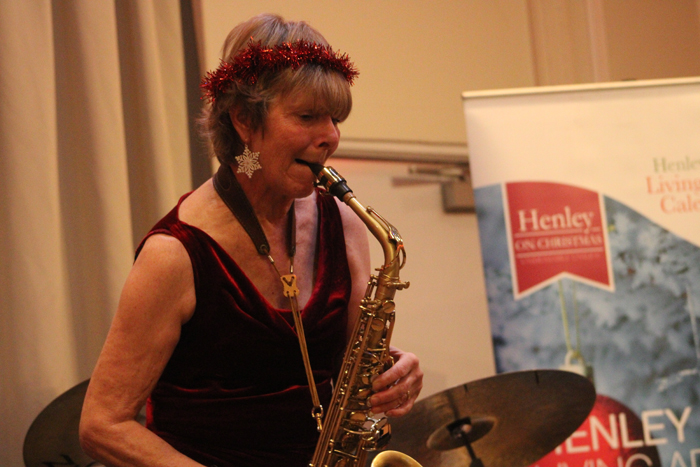 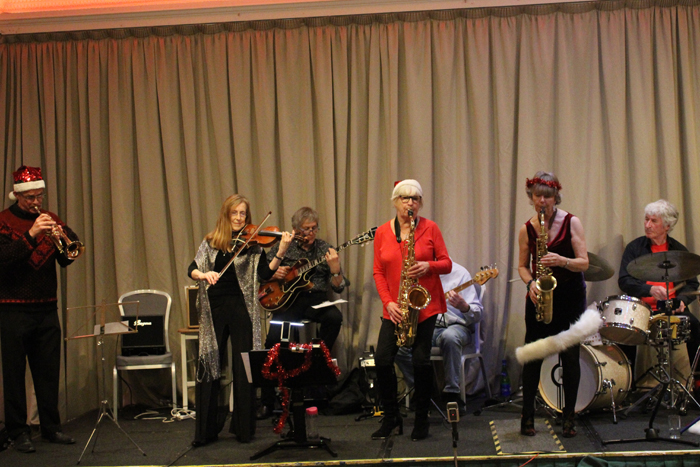 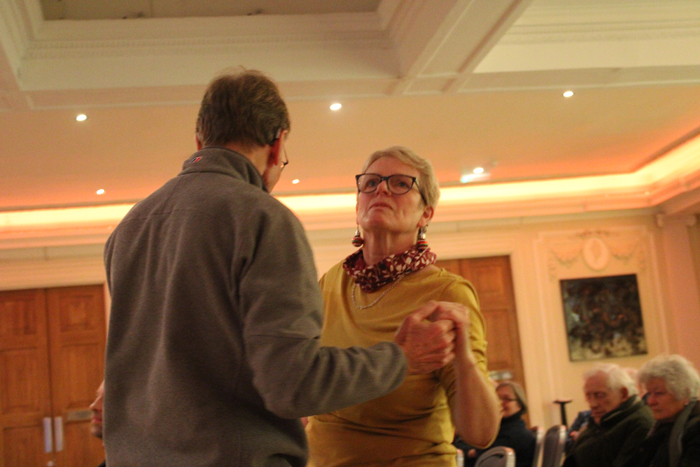 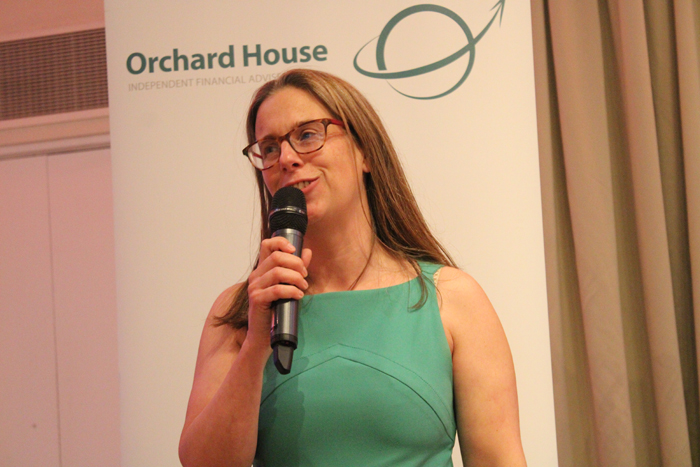 WotJam Jazz group were the surprise performance on Day 4 (Sunday) of the Living Advent Calendar at Phyllis Court Club at the slightly earlier time so that everyone could get home to watch England in the World Cup.  Before opening the door of the ballroom to the music, LAC Organiser, Richard Rodway said “Thanks for coming earlier today as football is coming ho ho home!”

This was the first time WotJam have performed at the LAC and they played a mixture of jazz classics and festive songs including Walking in Winter Wonderland and Santa Claus is Coming to Town.  Saxophonist Lesley said, “It’s been absolute privilege to perform at this fantastic event in this wonderful venue and we’ve thoroughly enjoyed it and we’ll be buzzing on Friday when we get back together again.”

Another first for this year’s LAC was a live auction after the raffle which was in aid of Rivertime Boat Trust who offer boat trips to people with disabilities and is fully accessible.  The raffle included a prize of a boat trip for 12 people and the auction was for another boat trip which went for £190.

Afterwards, Richard thanked the sponsors, Orchard House, Phyllis Court and WotJam and went on to also thank the spontaneous dancers who joined in.

Tonight’s venue is Hotel du Vin and the start time is back to 6.15pm.

You can see full the programme at https://www.livingadventcalendar.co.uk/