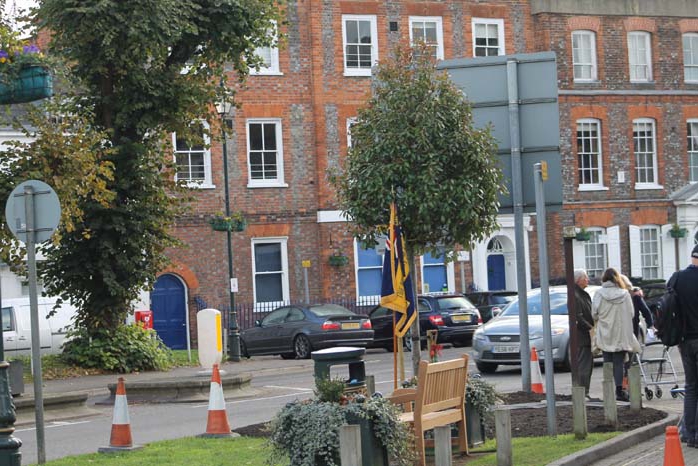 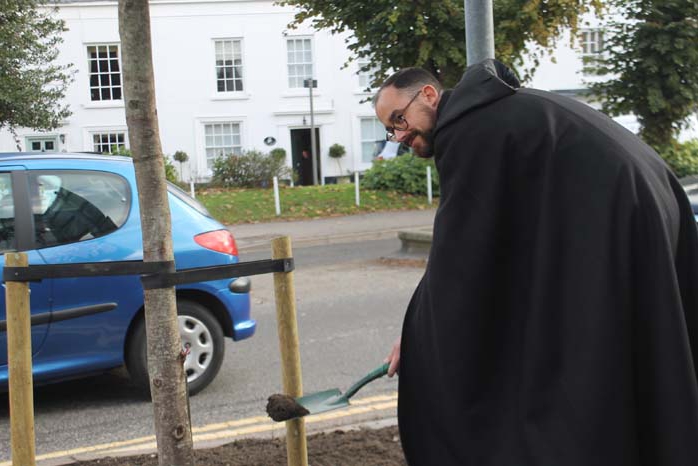 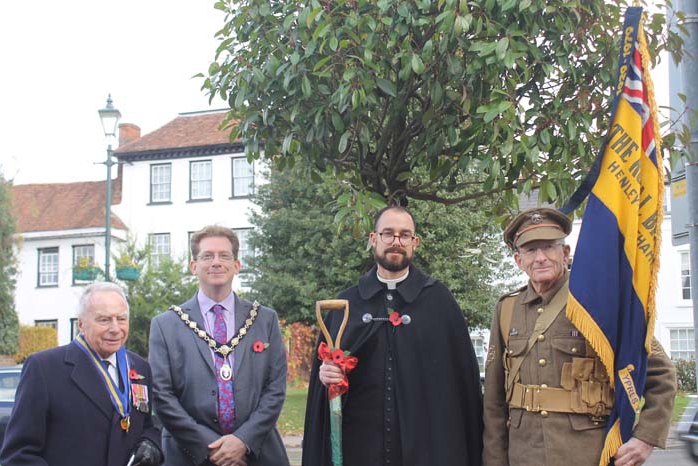 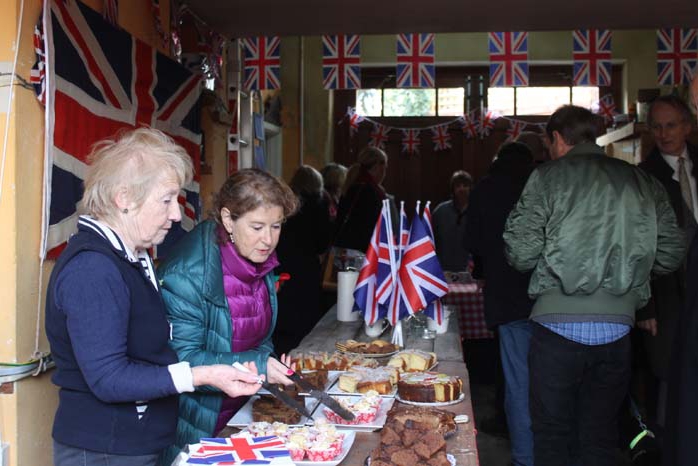 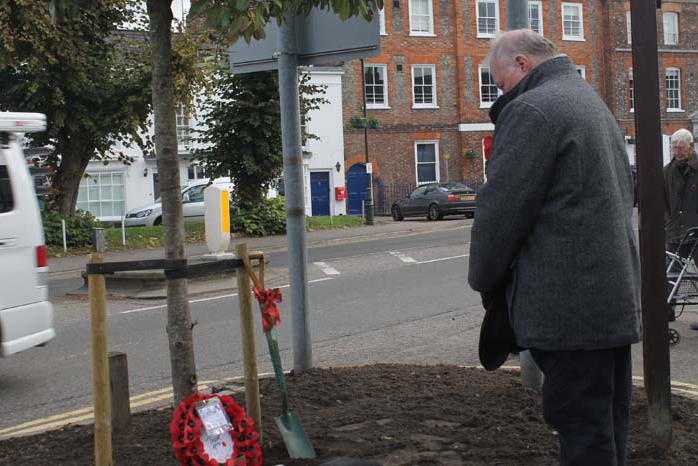 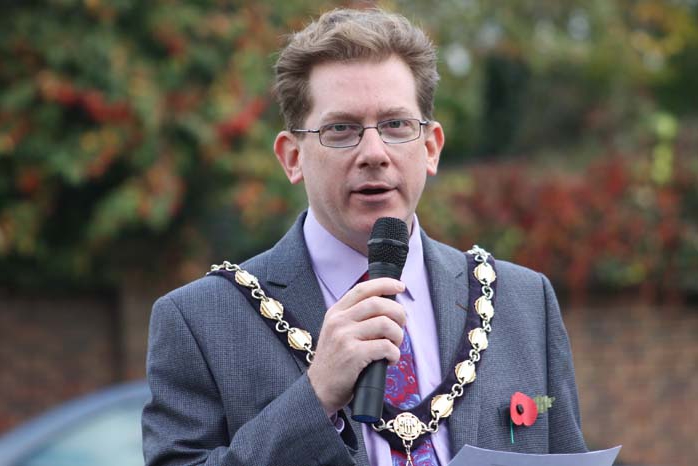 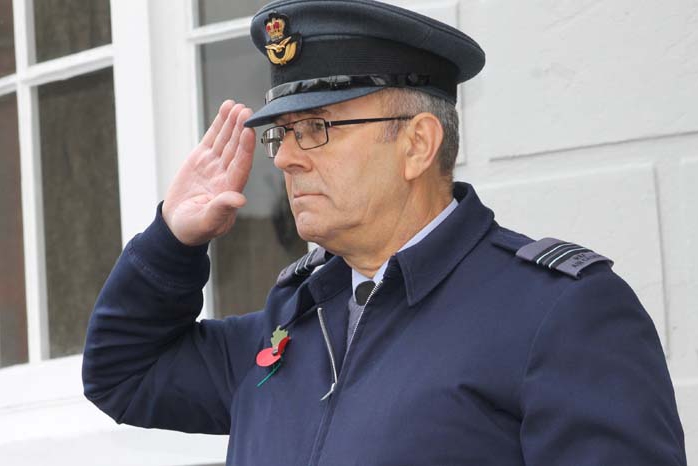 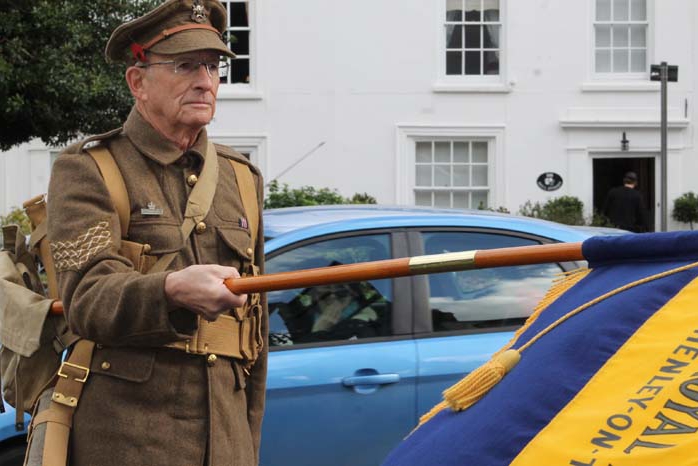 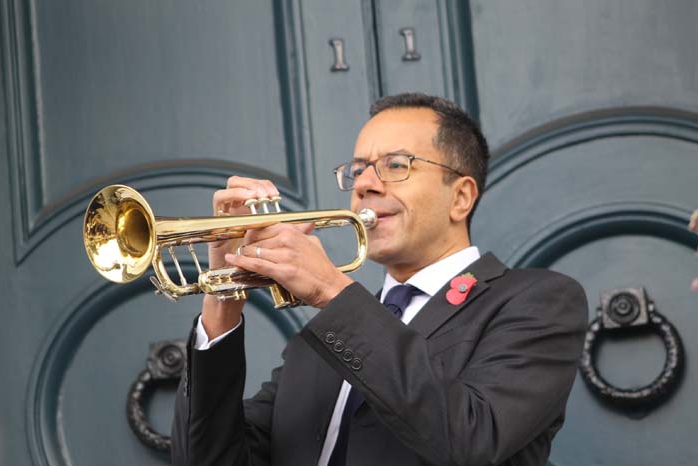 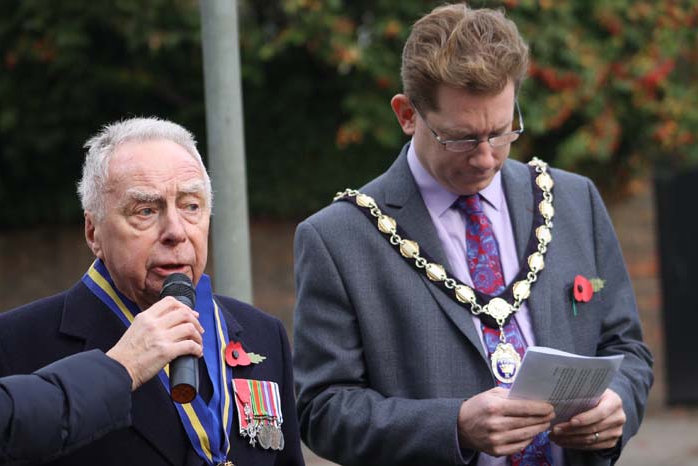 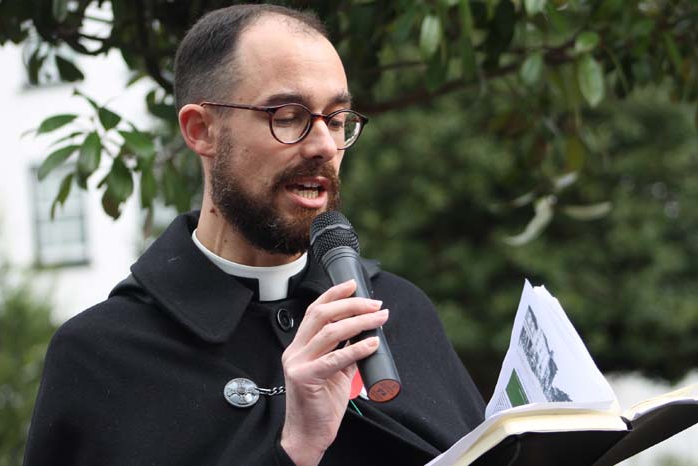 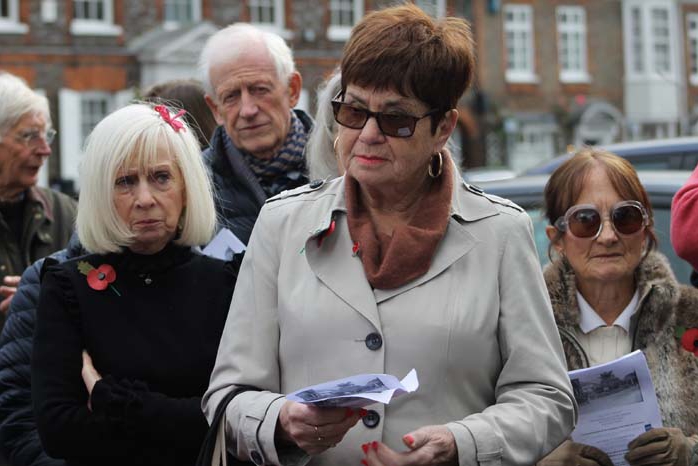 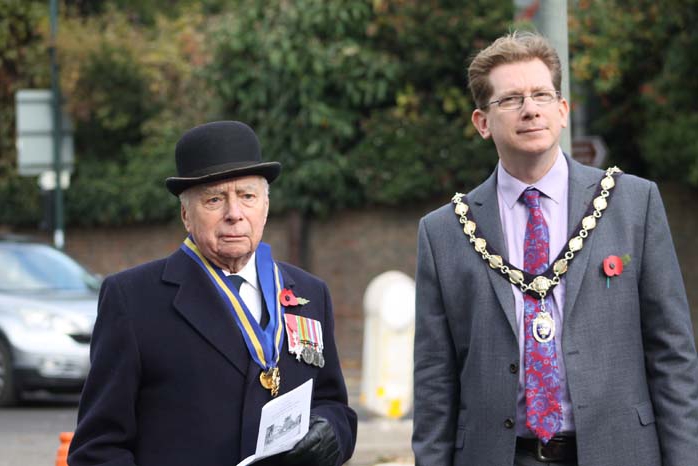 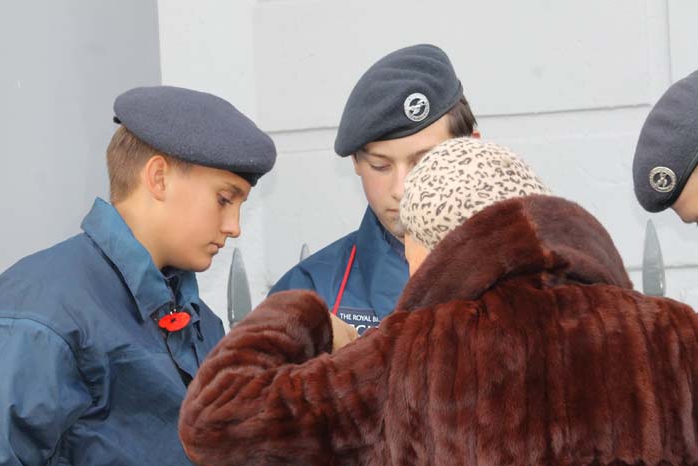 A tree to commemorate the 100th armistice anniversary of WW1 has been planted as the first stage of a new planting scheme to smarten up the entrance to our town at Northfield End.

A dedication service on Saturday morning led by Reverend Jeremy Tayler of St Mary’s Church was opened with a welcome from Bell Street resident, Helen Gaynor who said, “18 months ago, a group of Northfield End & Bell Street residents stood on the steps of Northfield House in the pouring rain to discuss ideas to transform this rather scruffy and neglected green space and visually enhance the appearance of Northfield End, this being a prominent gateway to our lovely town.”

The ideas for creating a colourful, evergreen, sculptural planting scheme gained support and funding from Henley Town Council. Helen thanked all the representatives from the Council’s committees and Park Services, many of whom were in attendance.

Helen added, “The original decision to plant a tree ostensibly to obscure this hideously huge road sign soon took on an historic and symbolic meaning all of its own, indeed it’s left me wondering whether we chose the tree or the tree chose us.

A Photinia Red Robin, with its symbolic red leaf new growth, suggested only one thing, at this 100th Anniversary to mark the end of World War 1, we felt it fitting to formally dedicate the planting of this tree, as a permanent memorial to all those who gave the ultimate sacrifice in The Great War, in a hope it will stand here for another 100 years to tell passers-by of the enormous debt of gratitude to those who selflessly gave their lives to secure our future today.”

Reverend Tayler made the act of dedication (adding some earth to the tree roots) and then Brigadier Malcolm Page from the British Legion said the exhortation from the For the Fallen poem by Robert Laurence Binyon whilst John Green lowered the British Legion standard.  Afterwards The Last Post was played by bugler, Matthew Tickle (from the Windsor Brass Collective) followed by a minute’s silence during which Mike Willoughby from the Lest We Forget project laid a wreath at the foot of the tree.

Members of the Henley Air Cadets were present at the ceremony and beforehand were selling poppies.

Henley Mayor, Councillor Glen Lambert said, “Thank you everyone for coming to this dedication ceremony and to Helen Gaynor in particular for the idea of planting a tree to commemorate the centenary of the Great War Armistice. The tree planting here at Northfield End is a great example of how residents can work together with the Council to improve their neighbourhood and honour our history.”

Historic photos from September 1913 show that the troops that gathered here were The 2nd Battalion of the Oxford & Bucks Light Infantry who were “at rest” at the conclusion of their Army Manoeuvres. Whilst the Officers were entertained to tea in the Council Chamber at the Town Hall, the Regiment was directed here to be served their tea in the meadow at the rear of Northfield End House.

It seems appropriate that we follow in their footsteps now and join Dorothy & Alan Simmons in their garage which they have converted into an army style canteen where members of the local residents group – Val, Pippa, Joy, Jean and Dorothy are waiting to serve us tea, coffee and their homemade cakes.”