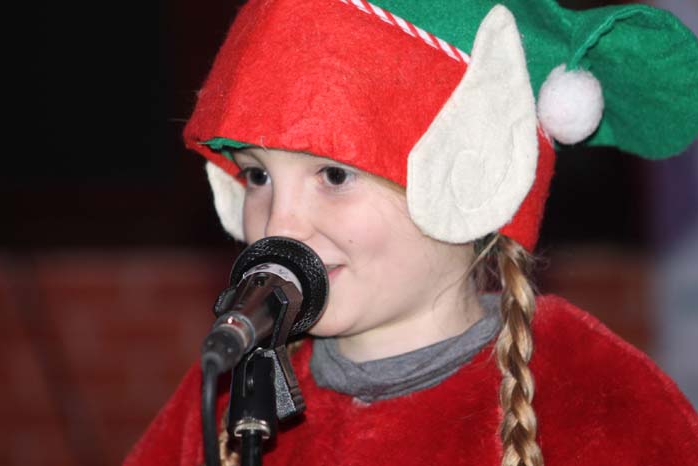 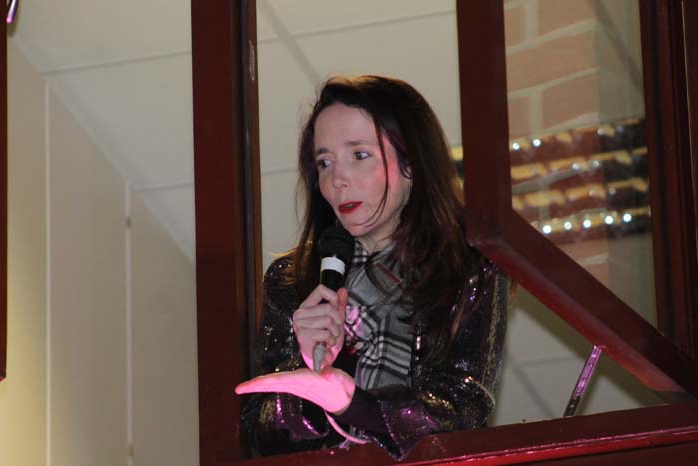 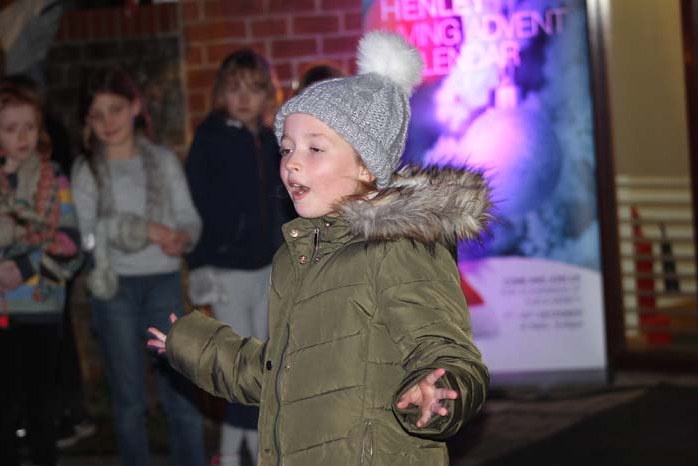 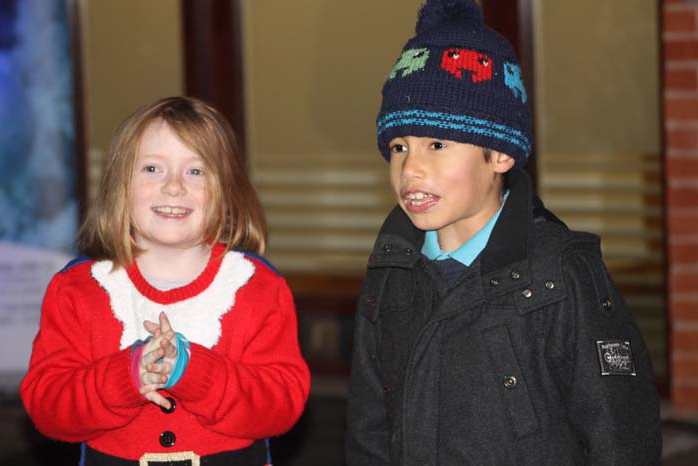 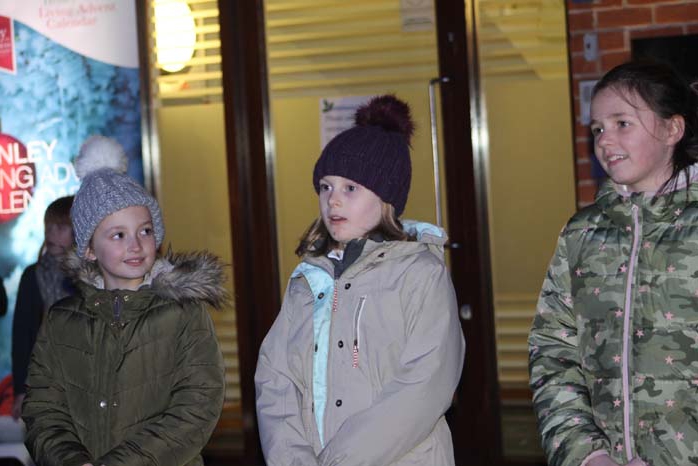 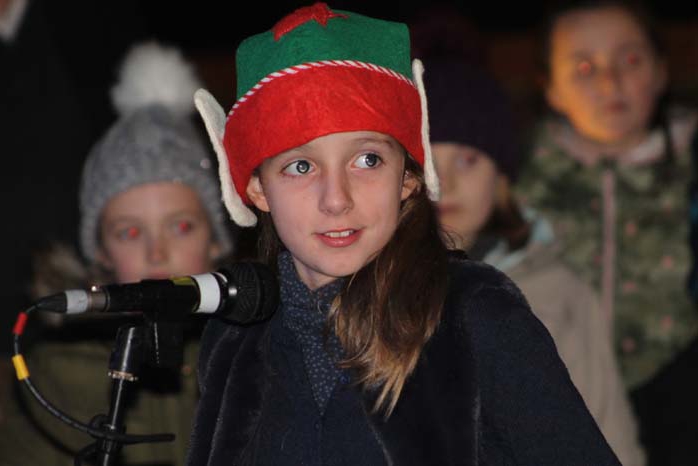 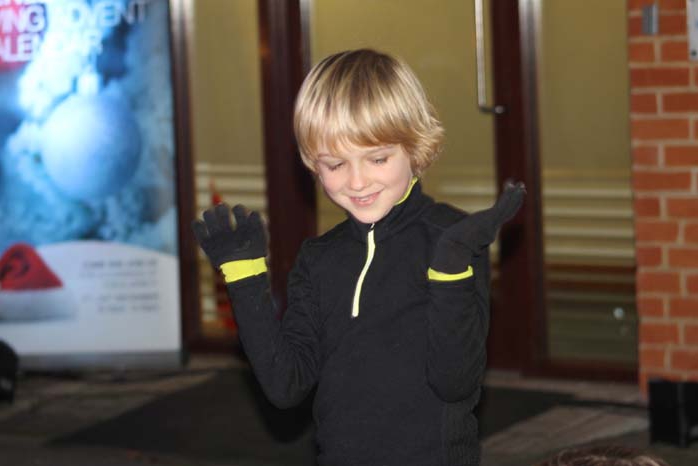 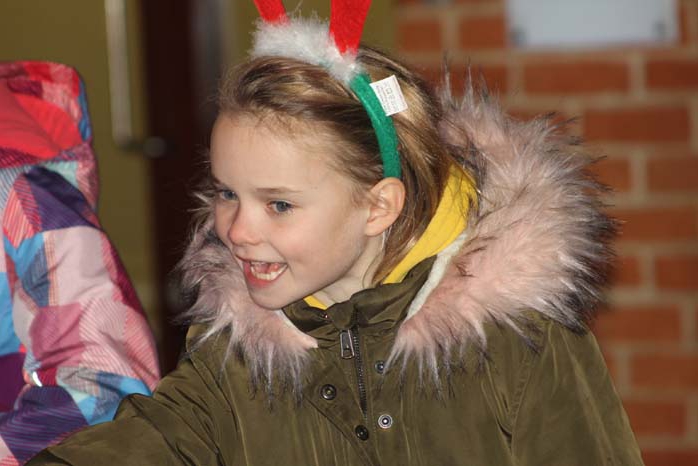 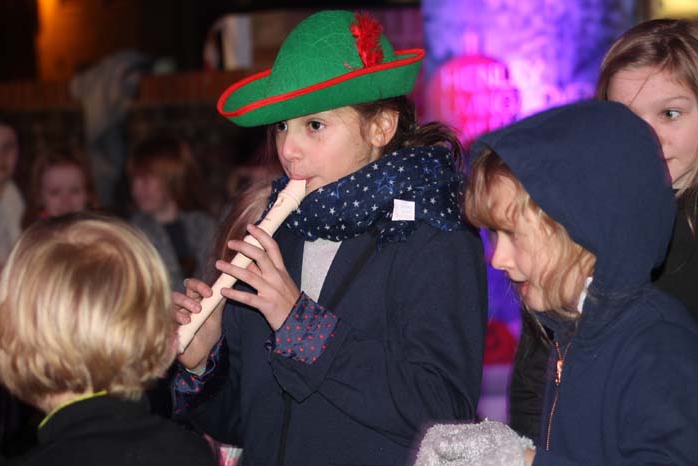 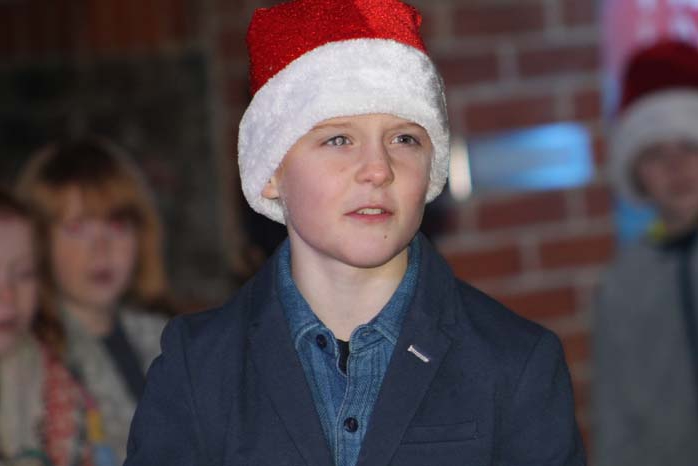 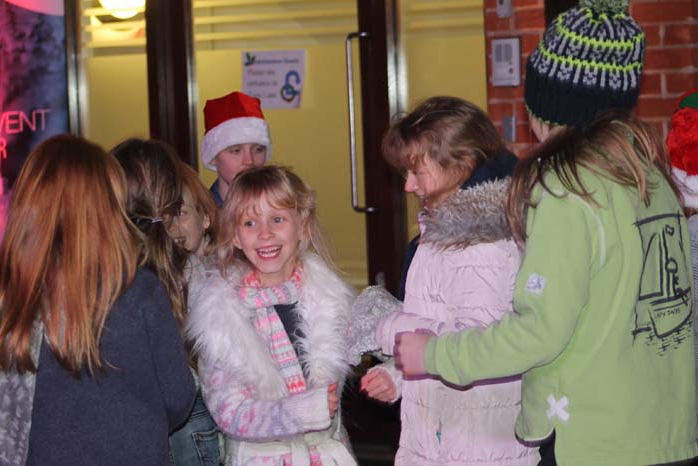 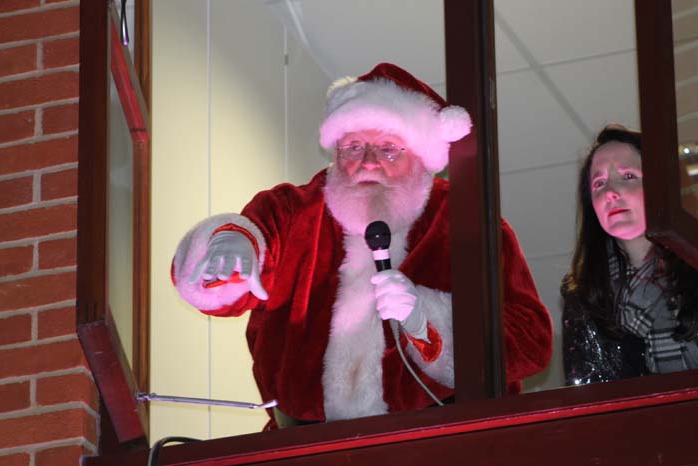 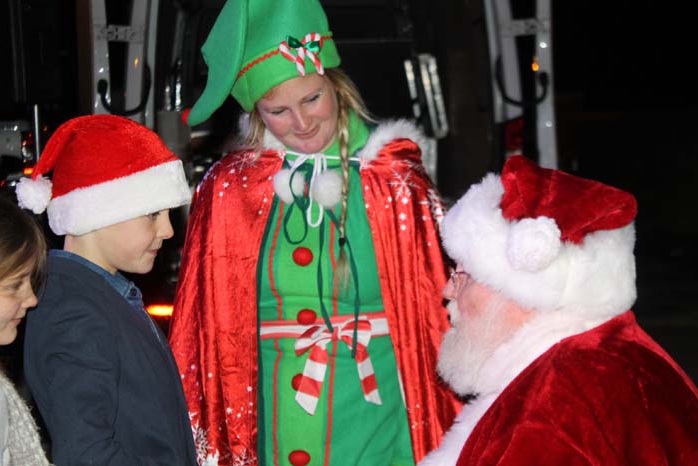 On probably the coldest night so far, school children from Sacred Heart and Trinity School who attend Enchanted Players drama after-school club were the surprise performance on day 13 at Handlesbanken in Greys Road car park.

The performance started with Daisy Smith, owner of Enchanted Players singing a beautiful rendition of Have Yourself a Merry Little Christmas from the first floor window before the children then performed a series of poems and monologues starting with Kiera reciting a funny monologue about not enjoying piano lessons – which ended with “My Mum doesn’t listen and having a talent just isn’t fun!”  Other poems included Chubby Little Snowman, Little Snowball and Snow Day monologue all about missing school.  The performance ended with the children acting out the Pied Piper of Hamelin brilliantly.

Afterwards Daisy said, “When the little ones start they can’t even say a few words in front of their classmates so this is really huge for them.”

Richard Rodway, the LAC organiser said, “It’s great to be at Handlesbanken, we’ve got two great things together tonight from Sweden as the Living Advent Calendar originally started in Stockholm.  Let’s have a big cheer for Sweden.”

The evening was raising money through the raffle for Camp Mohawk in Wargarve where 400 families visit every year.

After the performance Daisy encouraged the audience to spread a little magic by shouting out “magic” three times – Father Christmas then appeared at the upstairs window before then coming down to meet all the children afterwards.

Junior winners of Henley’s Got Talent Felix and Didi Richardson rocked Holy Trinity Church on Friday night with a mixture of rock and pop classics.  This is probably the first time a rock band has played in the church.  They certainly rocked it! 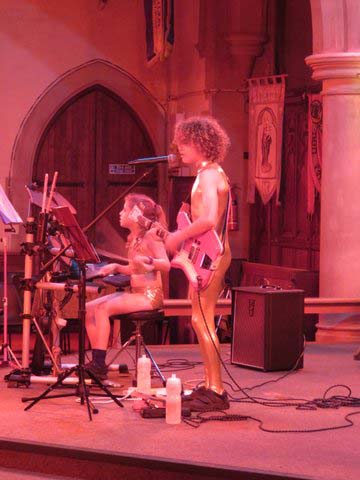 Dressed in a glam rock gold catsuit Felix (10) sang and played the guitar with his sister Didi, aged just 8 playing the drums.  They opened their set with I Won’t Back Down by Tom Petty and then went on to play other hits including Baby Hit Me One More Time by Britney Spears, Lonely Boy by the Black Keys, Seven Nation Army by White Stripes.  They finished with the Christmas classic Merry Christmas Everybody by Slade with the audience joining in.

Afterwards Felix and Didi’s Dad Matt Richardson said, “The children really enjoyed it and have improved enormously since they won Henley’s Got Talent at the Kenton Theatre in February.”

The evening was raising money for Berkshire MS Therapy Centre.

On the first day of Christmas, the Governor gave to me a “cat stuck up a tree!”  This was the start of the hilarious Twelve Days of Christmas song performed by Henley Firefighters on night 15 (Saturday) at the fire station on West Street.

This annual tradition of the local firefighters performing didn’t disappoint the audience again this year.  The song went on to include our favourite 5 golden buckets of water which were thrown over firefighter Harrison Lacey each time and the song halted on the tenth day when the firemen stopped for tea and biscuits.  Richard Rodway’s son Eddie helped the crew by turning on blue lights for the sixth day.  The audience were invited to join in the singing with the words being projected on to a big screen.

Crew Manager Michael Saunders led the singing and said afterwards, “Normally I make up the performance but this year it was a real joint team effort.”

The FISH Volunteer Centre was the charity for the evening.  It is a charity run by volunteers providing a range of support services and community transport for all those in need within Sonning Common and all the surrounding villages.  Clive Mills, Chair of FISH spoke about the work before the performance. 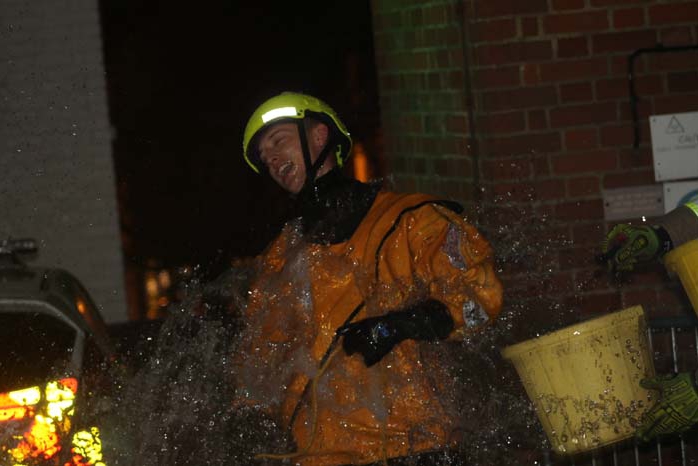 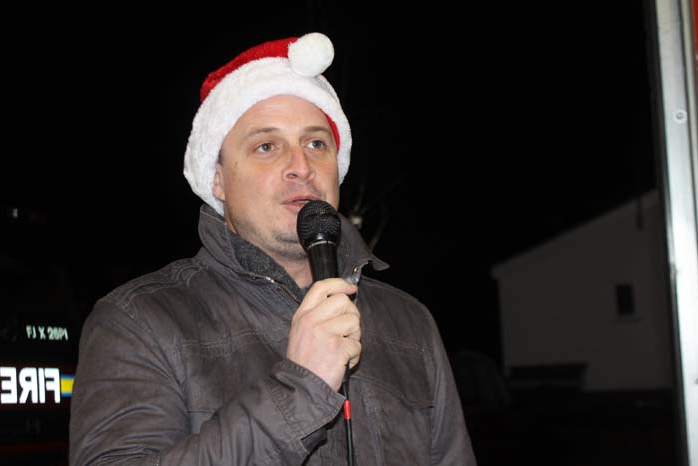 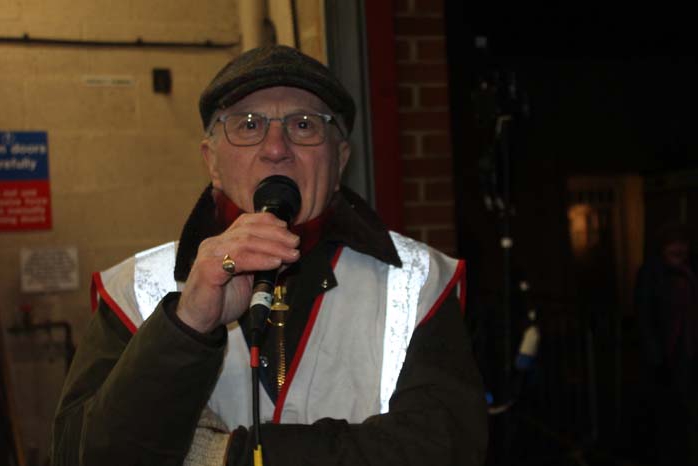 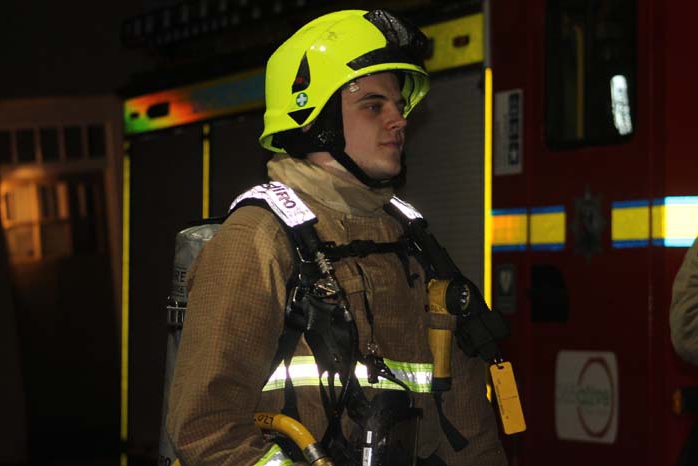 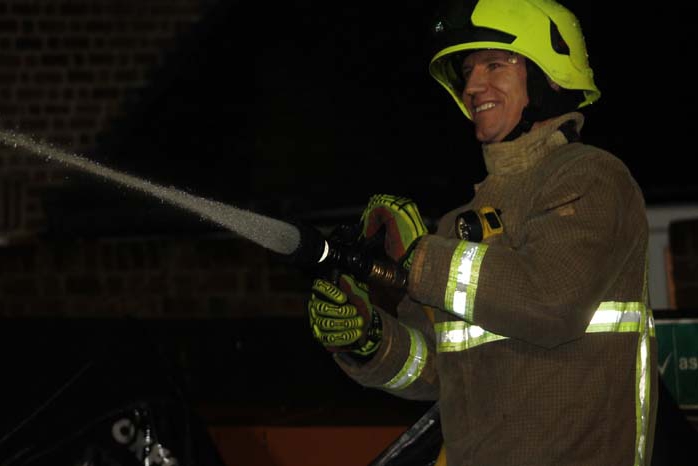 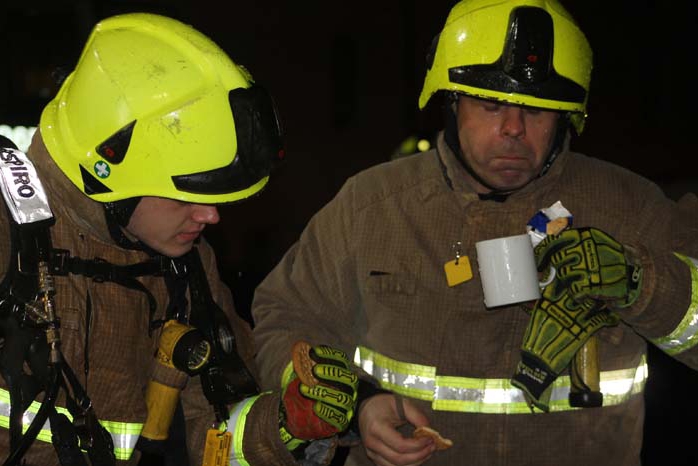 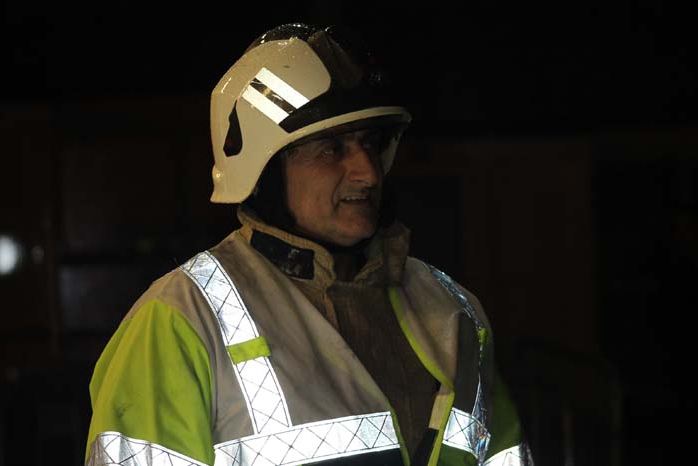 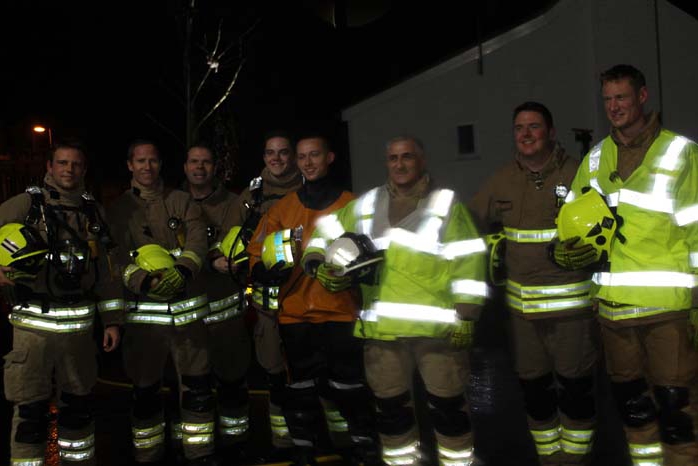 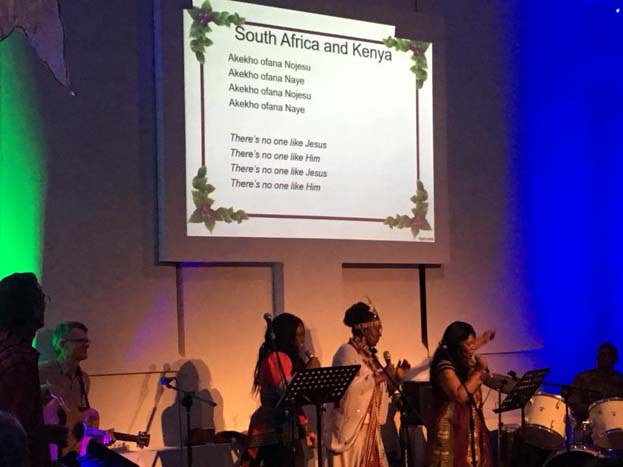 The Living Advent Calendar went all international on the 16th night at d:two which was supporting Nomad Youth & Community Project.

The performers all had a link to the Henley Baptist Church, many of whom were in traditional costumes from around the world and they performed songs and carols starting in Poland and ending in South Africa, with Philippines and Nepal in between.  It was a lively performance with clapping and some dancing and the evening ended with everyone singing Feliz Nevidad in Spanish and English.

Tonight’s (Monday) performance will be in the secret garden at Simmons & Sons, starting at 6.15pm.

Little Stars Come Out for Christmas
Scroll to top