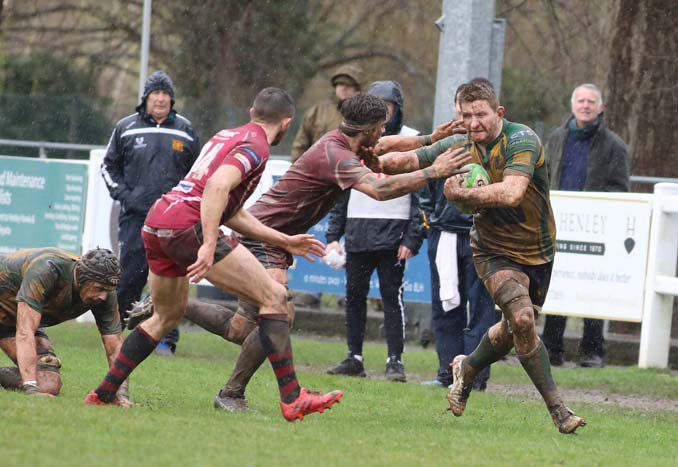 Henley Hawks make the journey west to Somerset tomorrow (Saturday) to take on Taunton Titans at the Towergate Stadium, kick-off is 3pm. The Hawks will be looking to build on their unbeaten start to the season, which has seen them secure try bonus point victories from their opening three games. This run of form has seen them climb to the top of the National 2 League Table, albeit still in its early days of the season.

They will be more than aware of the challenge that awaits them this weekend, in the form of a strong Titans side who also go into the match unbeaten, and sit in third place behind Henley and Tonbridge Juddians on points difference.

The coaching team will be understandably very pleased with the start to the season, but will also feel that the squad have yet to have been tested for a full 80 minutes. Last Saturday’s game against Bournemouth saw the Hawks put on a strong attacking display in an emphatic 66-24 victory, but will feel that they gifted the visitors too many points, particularly in the second half. A strong defensive performance will be needed to nullify Taunton’s attacking threat, yet the Hawks head to Somerset with real confidence knowing that they won both encounters against the Titans last season.

Last October saw Henley come away with a very hard-fought 17-13 victory in a fierce contest at the Towergate Stadium, with the Hawks defending superbly for most of the game. Their last encounter against the Titans at Dry Leas back in February this year was arguably their finest of the season, as a rampant Henley side triumphed 38-5.

As for team selection, Head Coach Luke Allen makes several changes from the side that defeated Bournemouth at the weekend. In the front row, Brad Cook comes back in as loosehead prop following his star turn as replacement hooker last weekend, George Primett reverts to the bench. Elsewhere in the pack, Angus Hinton makes his first start for Henley at lock in place of David Hyde, and in the back row sees Tom Hall replace Scotty White at openside flanker. In the backs, Xav Andre returns to the centres after being rested last Saturday. On the bench, new signings Will Bordill, who is now back in contention following his head injury in the inter-club game in pre-season, and Reuben Norville, on loan from Ealing Trailfinders, who also played at Cinderford in National 1 for the last few seasons, are named as replacements.

Hawks side to play Taunton;

Elsewhere on Saturday, Henley Bulls take on Taunton 2’s, kick-off at Taunton is 2.45pm. At Dry Leas, Henley Vikings take on Bicester 2’s (Kick-off 3pm). On Sunday, the Hawks Women will be looking to bounce back after their disappointing result at Trojans two weeks ago as they host Old Albanian Ladies. Kick-off at Dry Leas is 2pm.