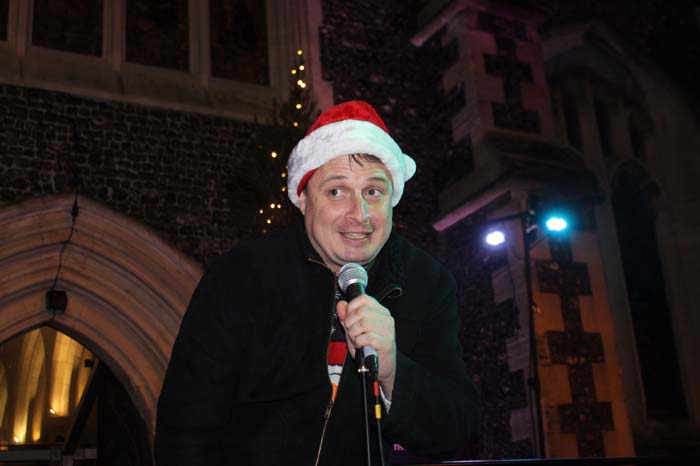 The award winning Henley Living Advent Calendar returns for a ninth year on 1 December 2019.  Based upon an original idea from Stockholm, it was the first event of its kind in the UK in 2011, visiting a different location in Henley-on-Thames for a free surprise public performance at 6.15pm each night, from 1 to 24 December 2019, and all in aid of local good causes.

It is a format that has captured the imagination of towns throughout the UK, with similar events having been established in nearby Wokingham, Windsor and Reading, and rather further afield, in York, Edinburgh and Folkestone, amongst other towns and cities.

The Towns Alive award winner, and recipient of a Big Society award from the Government, has announced its 24 venues for 2019.  As has become tradition, the 1st December performance will see the surprise performer emerge from the Town Hall (advent) doors, to perform in Market Place, and on 24th December, the performer will emerge from the Church doors to perform in front of the Church of St Mary’s.   In between, the event will visit picture postcard iconic favourites such as Angel on the Bridge pub and Leander Club, and this year visits three new venues to the Calendar, one of which indeed is new to Henley, with Harrods’ H Café (the first stand alone Harrods café destination outside of Knightsbridge) set to play host on 23 December.

Each night provides a platform and fundraising opportunity for a different local charity, with Royal British Legion being supported on the opening night, and the Mayor’s supported charities (Henley Music School, Nomad and Mencap) on the final night.

“It is a real joyous coming together and collaboration of various sections of the Henley community, showcasing some talented local performers, visiting some great locations on our doorstep that sometimes people have never known about before, and it’s great to be able to give a platform to and support some of the fantastic work being done around us for such good causes.  We’ve got a great line up of surprises this year, with a good mix of some returning favourites from previous years, as well as some really great new performers to the Living Advent.  I urge people to come and spend an evening in Henley, which has such a festive feel throughout the month,” said Richard Rodway, event organiser.