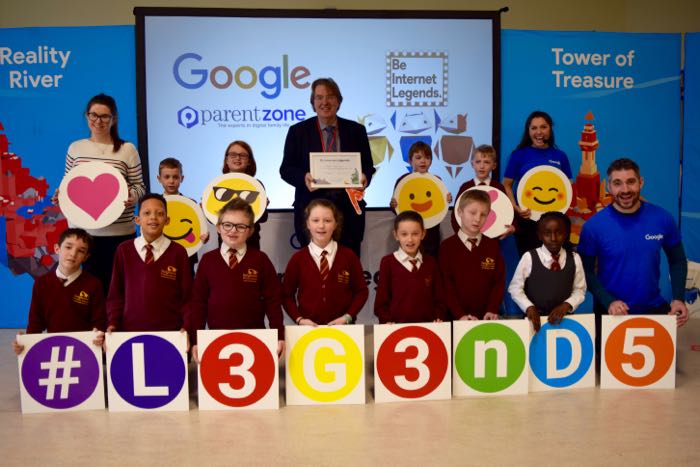 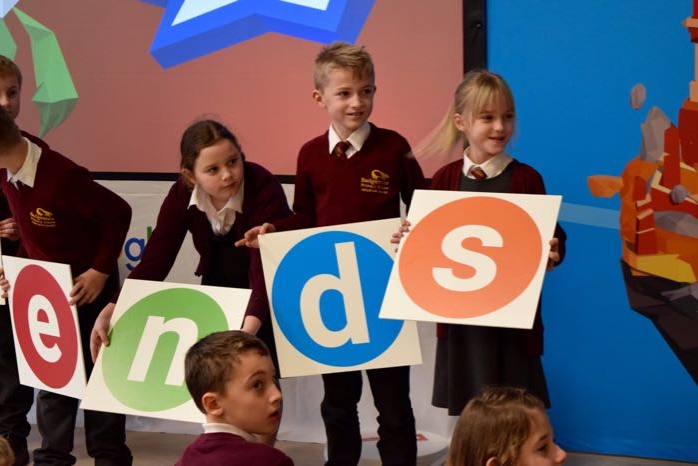 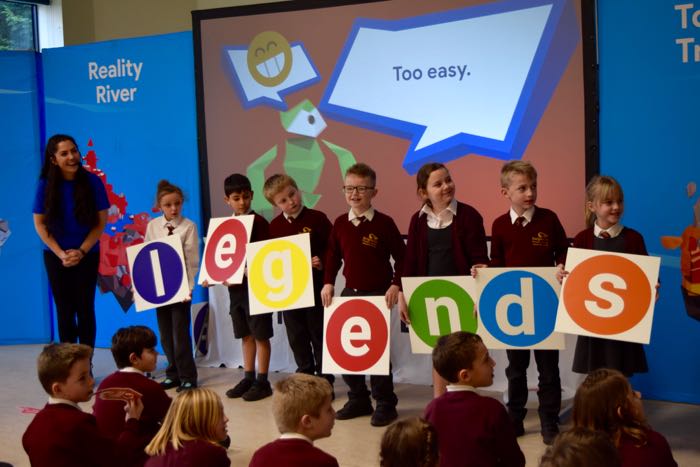 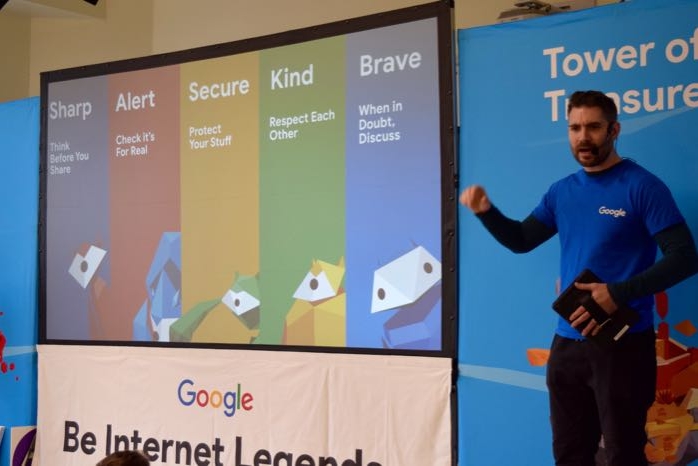 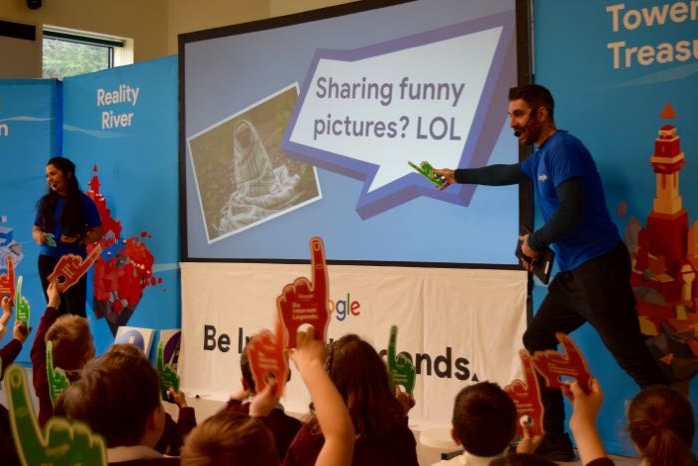 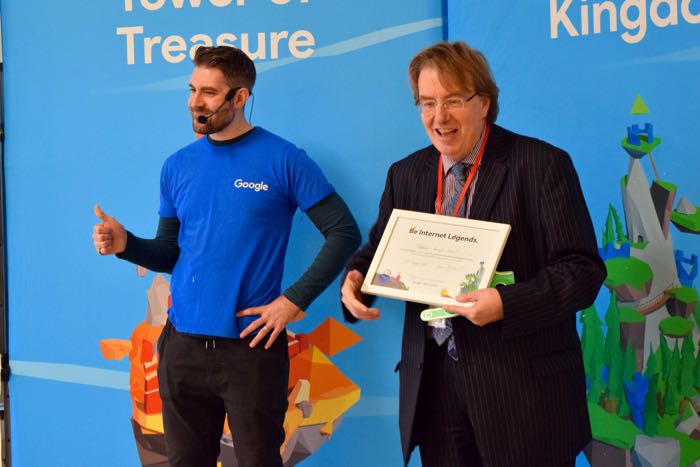 Children at Badgemore Primary School became qualified ‘Internet Legends’ last Friday after an internet safety talk from Google. The ‘Be Internet Legends’ presentation, developed by Google in partnership with Parent Zone, gave Badgemore students the tools to be confident, vigilant, and kind when exploring online. The talk was also attended by local MP, John Howell, who accepted a completion certificate on behalf of the school.

Be Internet Legends, a free educational programme created by Google and the experts in digital family life, Parent Zone, teaches 7 – 11 year olds how to stay safe online through interactive workshops, teaching resources, and a fun yet informative online video game.

Charismatic presenters Daniel Robert Leigh and Jennie Delaney delivered the Be Internet Legends workshop to Badgemore’s Year 3 to 6 students. The engaging presentation, with its video game characters and visuals, told the tale of the heroic ‘Internaughts’ in ‘Interland’ and their troublesome enemies, the ‘Internasties’. As they hopped from one virtual island to the next – Mindful Mountain, Reality River, Tower of Treasure, and Kindness Kingdom – Daniel and Jennie informed the students of the dangers they might encounter online, and how to keep themselves and others safe. They focused on five key qualities to using the internet wisely: Be Sharp, Alert, Secure, Kind, and Brave.

To be internet ‘Sharp’, the children were encouraged to consider what they’re sharing online and whether they have permission to do so. The students learnt how to spot phishing and to avoid giving out personal information, to stay ‘Alert’. To keep their stuff ‘Secure’ from hackers, Jennie and Daniel taught the group how to create a strong password using 8 characters, capital letters, numbers, and symbols. The value of being ‘Kind’ was impressed by reviewing appropriate, thoughtful emoji responses to situations. Lastly, the children were told to be ‘Brave’ with the phrase ‘when in doubt, discuss’, emphasising that they should always approach an adult if something doesn’t feel right.

The workshop was interspersed with ‘Challenge Time’ breaks, testing the children’s knowledge and reinforcing their learning in an entertaining, interactive way. After the presentation was over and Badgemore were officially declared to be Internet Legends, Henley MP John Howell accepted a certificate on behalf of the school. Addressing the assembly, he noted the importance of the advice about kindness online, and that he felt many people could have used the it in the aftermath of the election. Mr Howell said on Friday, “The internet has huge potential but [children] have to learn how to use it properly to keep themselves safe. I think it’s really important that they are kind to each other and realise there’s a human being on the other end.”

Badgemore Primary School Headteacher, Tim Hoskins, stated, “The technology in the world today can really benefit children’s learning and yet, on times, it can be damaging. As a teacher and parent, I’ve found that online activities move so quickly that it is now more necessary than ever that children know how to protect themselves whilst on the Internet. It was a pleasure to invite Google and the Internet Legends into Badgemore Primary School today — the children (and adults) have learnt so much about keeping safe online.”

As 36 million people go online every day in the UK alone, it is essential that children know how to protect themselves. Google’s Be Internet Legends game presents the main points of the presentation given to Badgemore last week, in a similarly fun and imaginative way. To play, visit their website.

Atko and Robbo at the Double!
Scroll to top