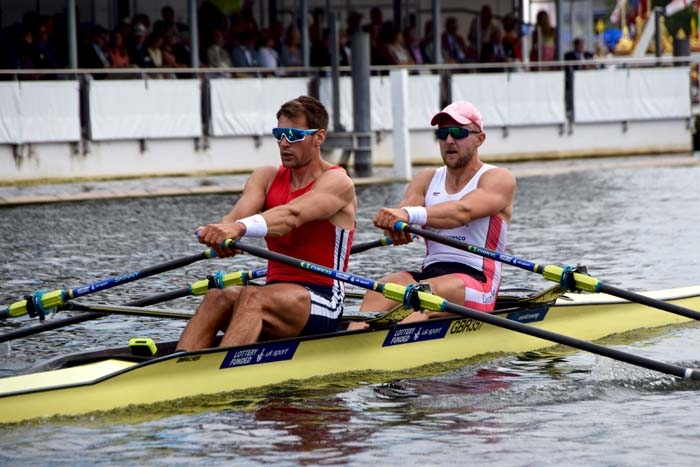 Two of the most seasoned rowing voices in the business are putting on another course for new commentators in one of Britain’s most successful sports.

After a day’s theory training on 21 March new recruits will get the chance to work alongside experienced colleagues at the National Schools Regatta at Eton Dorney from May 22 to 24.

The training day, to be held at the River and Rowing Museum, will include the fundamental principles of commentary, including the ability to describe races in an informative, knowledgeable and entertaining way.

The scheme is once again being coordinated by Robert Treharne Jones and Peter O’Hanlon, two of the most well-recognised commentators on the international and domestic circuits.

From their base in Henley Treharne Jones and O’Hanlon travel all around the world during the regatta season and have already been selected to commentate at the Tokyo Olympics while, closer to home, their voices can be heard regularly on the microphone at the Royal Regatta.

“It was a fun and informative day with two hugely experienced professionals, and a great opportunity to learn from their experiences and to meet others with a love of rowing” said Simon Ramskill, one of last year’s participants.

“Robert and Peter’s course was fascinating and inclusive, sharing tips and giving us the skills and confidence to craft compelling commentary and to help bring the sport alive for people watching or listening” said Jen Bartram, who went on to commentate at the Metropolitan Regatta and Henley Women’s Regatta as well as National Schools.

“It was something I never would have had the confidence to even contemplate before doing the course – I’d urge anyone to do it” she added.

“We now have a well-described career pathway as graduates from our programme are making their mark at major regattas all around the world. All it takes is a good working knowledge of our sport, and we can do the rest” added Treharne Jones.