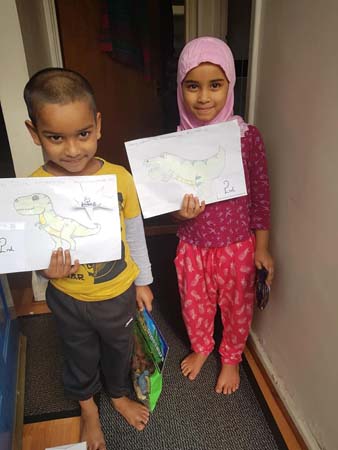 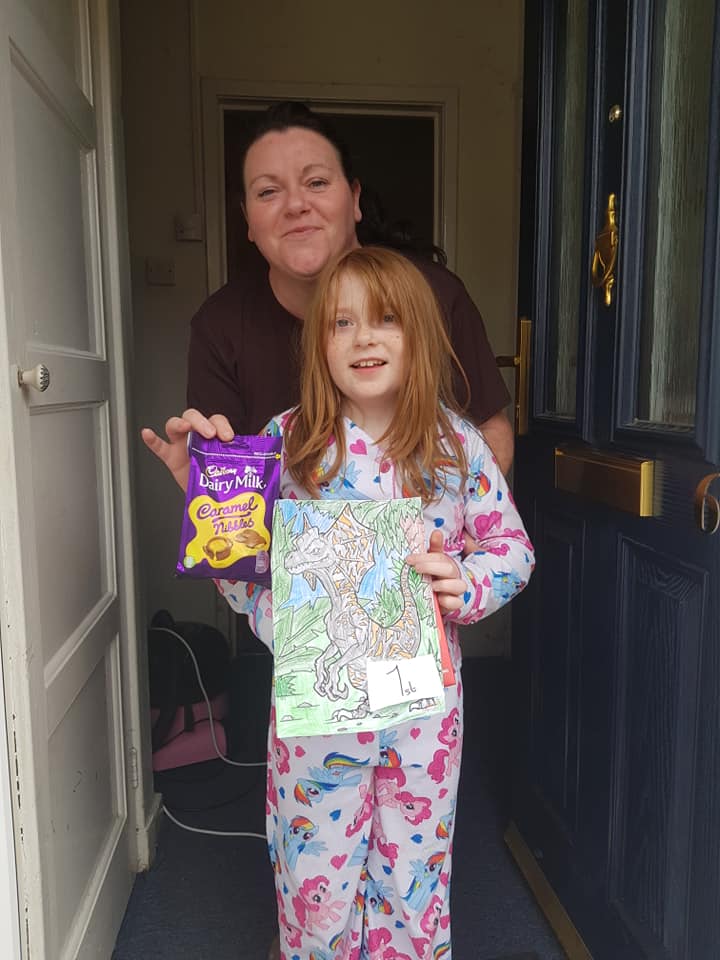 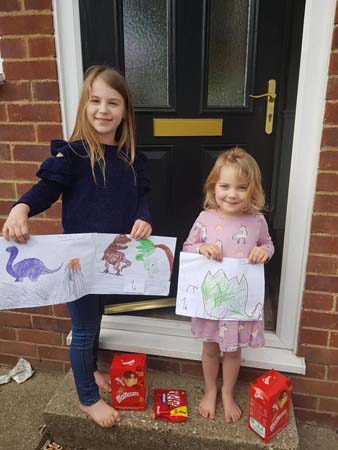 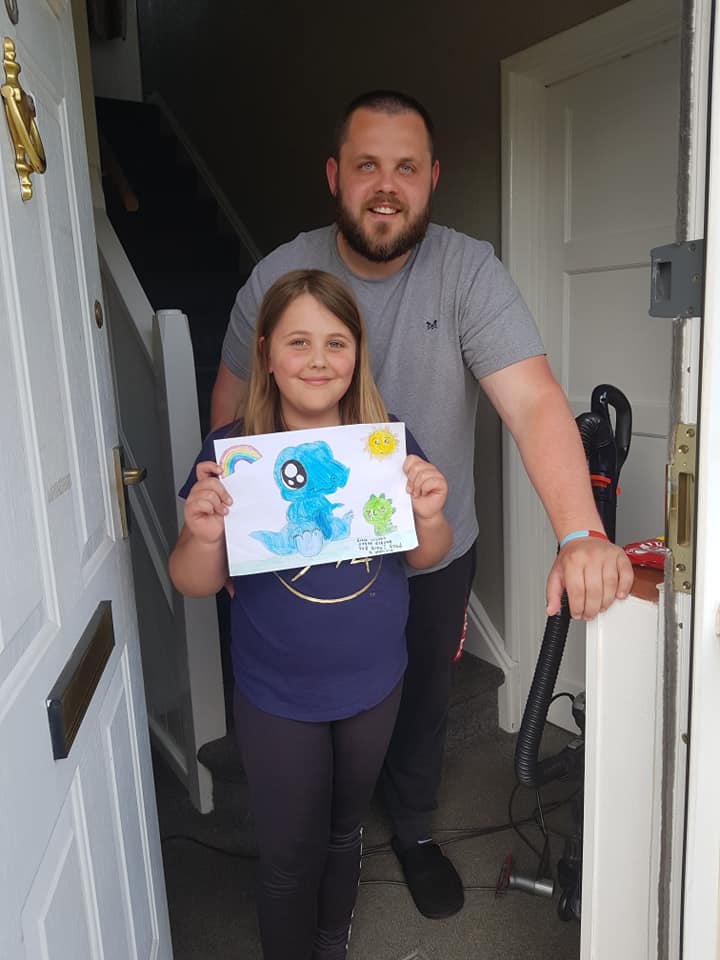 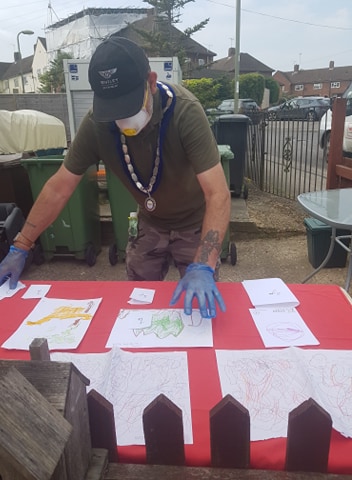 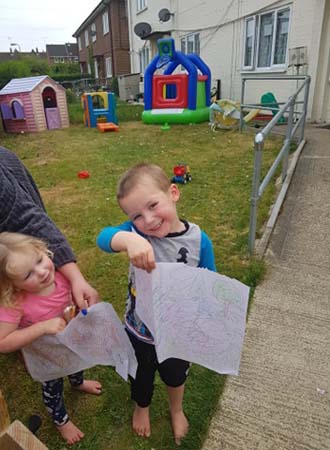 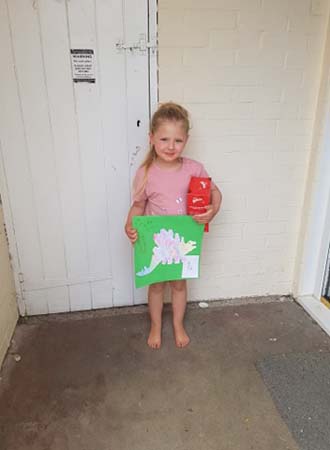 Children on the Gainsborough estate have been keeping themselves busy during lockdown by drawing and colouring dinosaurs for a competition organised by resident Sally Pearce.

The idea was Sally’s neighbour, John Oates.  Sally said, “I was walking along the road and bumped into John a few weeks ago and he said he had some goodies he’d like to give away in a competition.  I said I would organise it and post the competition on the Gainsborough Residents’ Forum Facebook page and people could drop off the entries safely in a box outside my house.”

There were 19 entries of cute and colourful dinosaurs which included T-Rexes, Stegosaurus and Brontosaurus from children as young as 2 up to 11+ years.  The judges were Elspeth and her Mum Georgie McArthur, John Oates, Chris Craddock and Dave Eggleton.  Prizes of chocolate treats were given out in seven age groups.  The winners in each age group are listed below.  The overall winner was 4 year old Ahsauul Islam which was judged by John.  John said, “It was really hard to judge.  They were all brilliant but Ahsanul’s T-Rex stood out.”  Ahsauul not only won some chocolate but he was also given a bag of dinosaurs.

Natalie Oakes said, “It was a lovely surprise knock on the door… Thank-you all for taking the time and effort to organise this.”

Sally added, “I really enjoyed organising it and it was lovely that the children made so much effort.  I think they worked hard and every one was absolutely brilliant.  It was lovely to see the children’s faces beaming when we knocked on the door (keeping at safe distance) and it was heart touching.  I’d like to thank all the judges.  It was particularly lovely to have Georgie who is in her 90s help as she’s been stuck in isolation for such a long time.  We’re thinking of doing some else now for the community during this uncertain time.”

Dave Eggleton said, “It’s good for the children to be creative during this time.  I said to Sally when I was judging, if you put this one behind the hedge, you could name it Doyouthinkhesawus!”