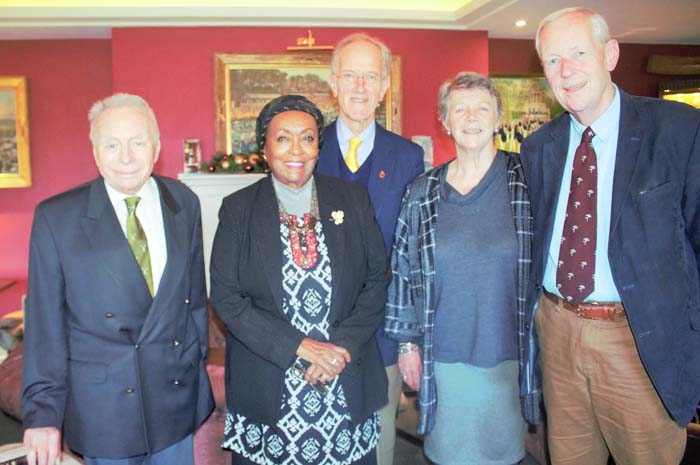 Brigadier Malcolm said, “I was honoured to be visited by Dr Edna Adan Ismail and Mrs Rhoda Ibrahim. We have known each other for many years. I first heard of Edna and her work when I was visiting Mogadishu; she was holding a senior post in Somalia’s health minister at the time.”

Dr Edna is the daughter of a ‘dresser’ in the British Somaliland Protectorate medical service, who sent his daughter to Djibouti when she was about seven years old to be educated as there were no girls’ schools in the Protectorate at that time. Later, Edna came to UK for nursing and then midwife training. Matrimony followed and her first husband was Prime Minister of Somalia, based in Mogadishu. But a revolution resulted in her uncomfortable imprisonment. The former Protectorate split from the Mogadishu Government and Edna, after remarrying joined the United Medical Services and was in charge of the WHO operations in Djibouti. Retiring from this post, she moved to Hargeisa and decided to establish a maternity hospital. This has flourished and is now the Edna Adan University and Hospital, which has trained over 230 health workers; pharmacists, public health workers etc, as well as nurses and midwives. Her nursing graduates include three who have become doctors and one who is now a surgeon. Edna was not only the founder and principal donor for the hospital, she is now the Chancellor of the University.

Apart from her hospital related activities, Edna somehow found time to serve as Somaliland’s Foreign Minister for four years, campaigning energetically for the international recognition of Somaliland as an independent country. She has been awarded three hon PhDs by American Universities, is a Hon Fellow of Cardiff University, Honorary Degree as Health Care pioneer from South Bank University , London where she started her nursing training and holds the Legion d’honour and also a Djiboutian decoration.

Rhoda Ibrahim is Director of SAAFI (Somali Advice and Forum of Information), a Somali welfare organisation based in London. Brigadier Malcom said, “In 2017, Edna and I were invited to tea at the House of Commons by Rhoda and her organisation, when we were both awarded Certificates of Lifetime Achievement for outstanding contributions and dedication to the Somali community. Rhoda’s latest activity has been to stage an exhibition in London about Somaliland’s contributions to World War I. An important exhibit was the BEM awarded to Edna’s grandfather for his wartime services.” 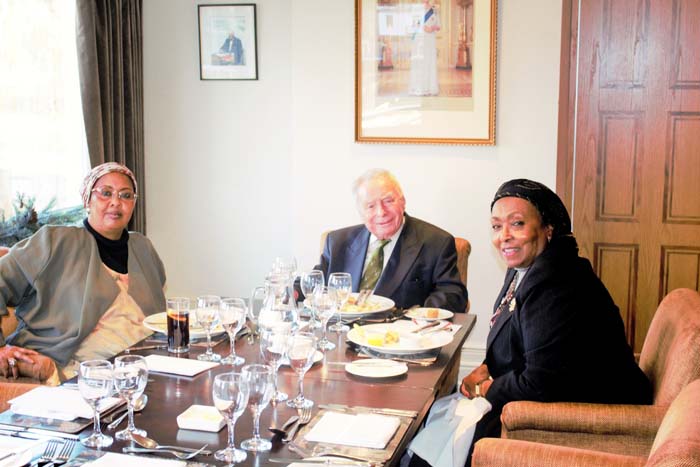