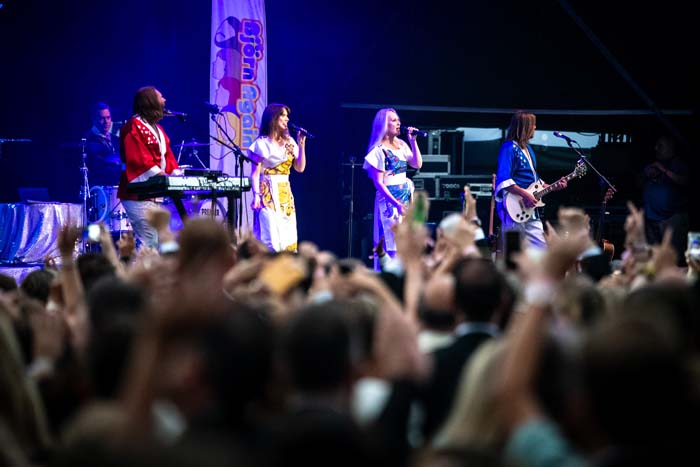 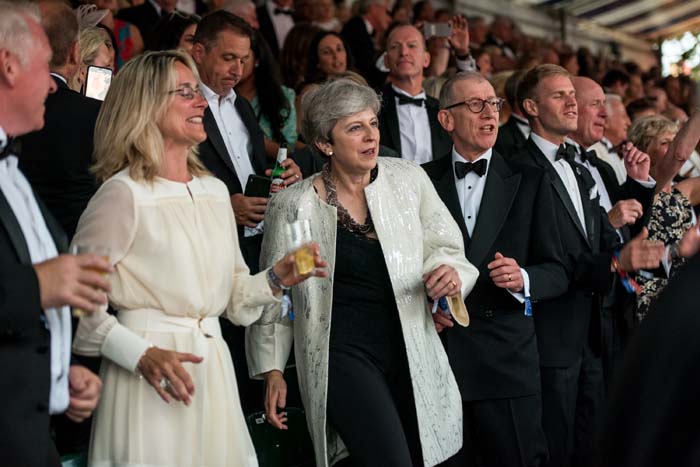 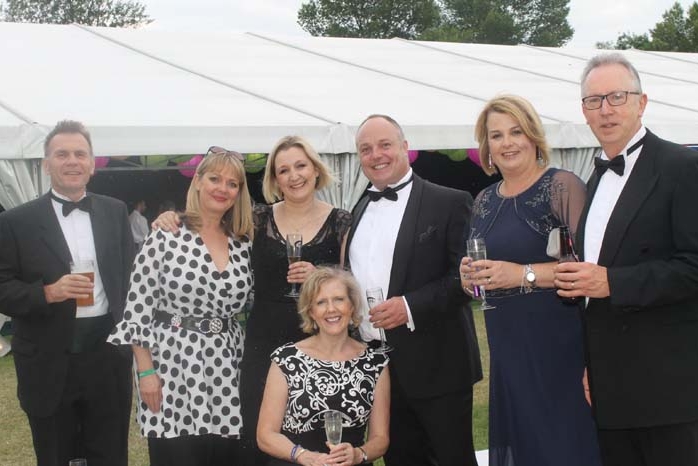 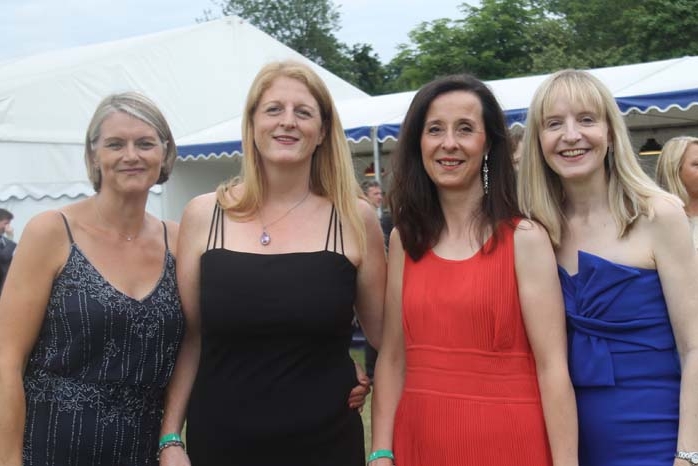 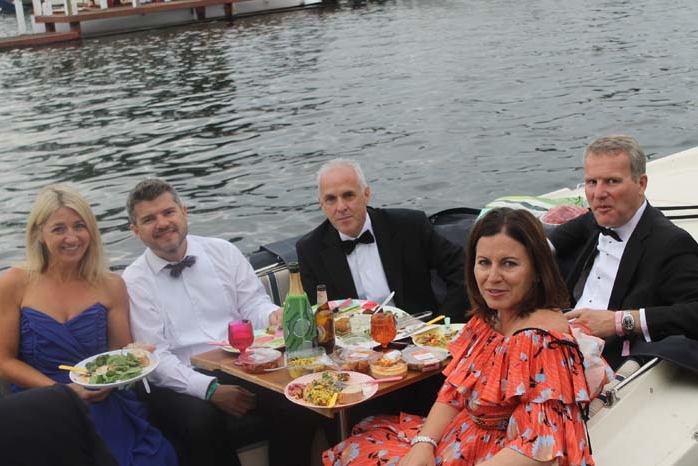 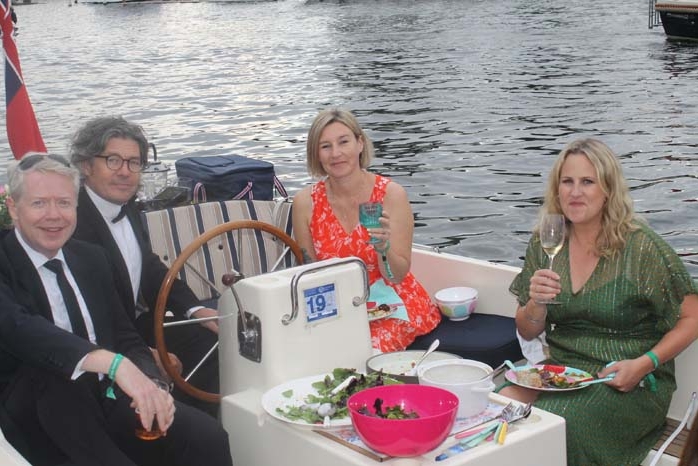 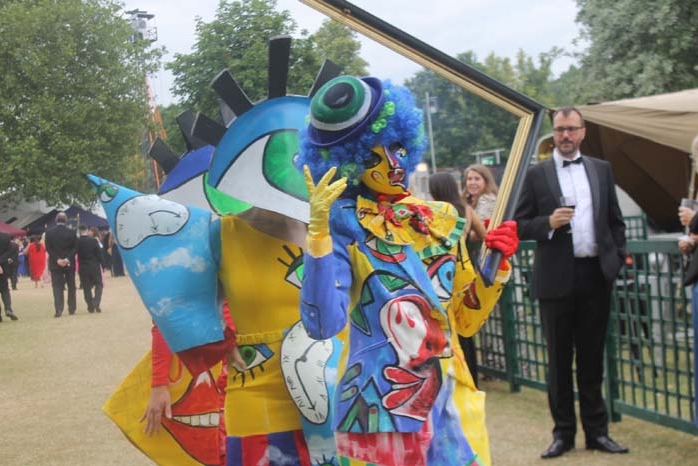 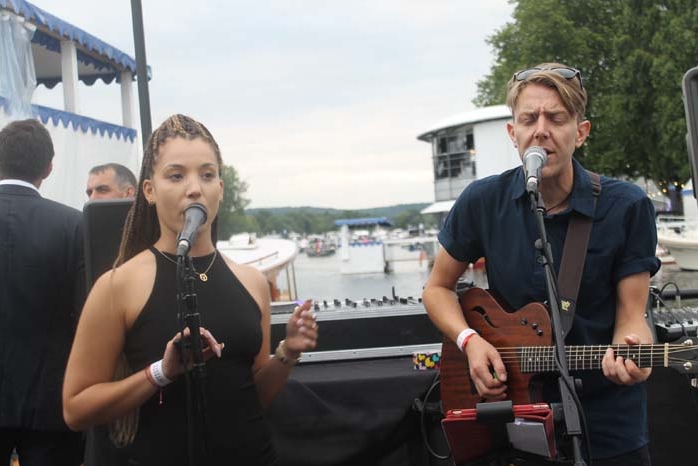 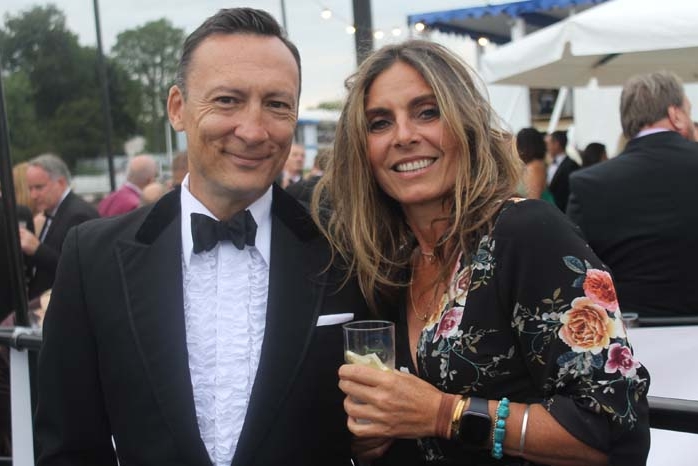 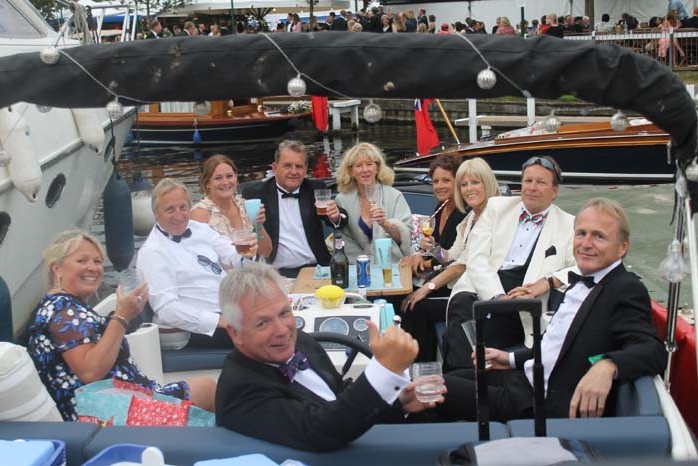 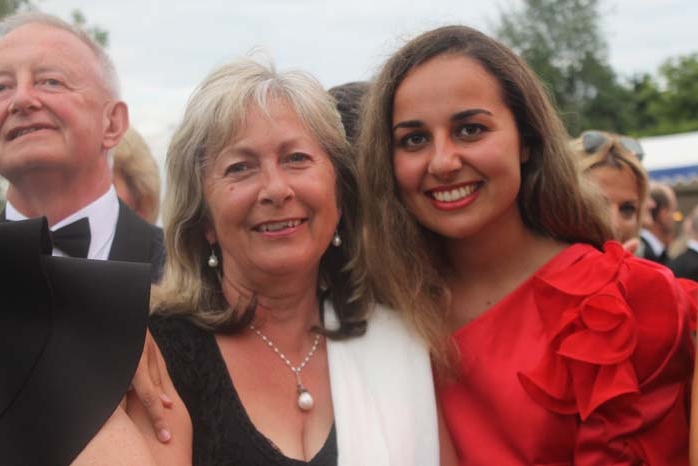 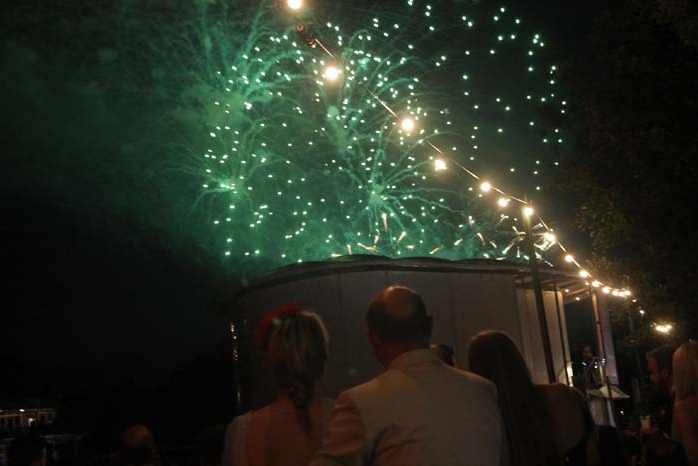 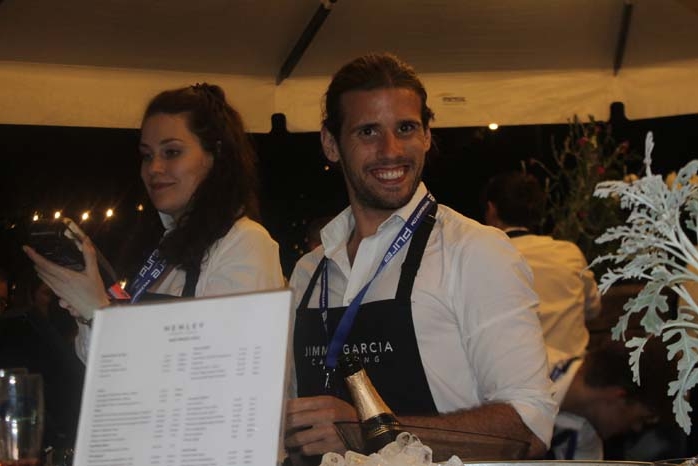 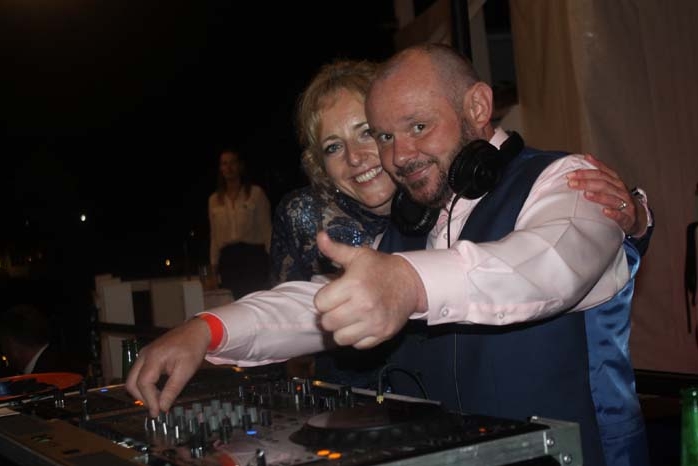 The headline says it all really – to ABBA for giving us all those pop anthems we all love and for Bjorn Again who delivered a truly ‘super trouper’ performance at Henley Festival last night.  For us, one of the best nights in the history of the festival and our Editor’s voice is still recovering today.

From the opening note in the first song to the last note of the final song, the crowd on the lawn were up on their feet dancing and singing along.  The Prime Minster, Theresa May also joined in, in the grandstand.  A shout out should go too to the boat who were waving their phones and glow torches in time to the music each time they passed behind the floating stage.

Frida then split the audience into two for a sing-off to Honey, Honey. Afterwards Benny commented he thought his left side had won but Frida disagreed saying, “I think your beard has grown too far into you ears!”

The hits continued with Knowing Me, SOS and Fernando. Ring, Ring followed during which Benny and Bjorn held large old-fashioned phones.

Bjorn Again, formed in 1988 in Australia as a satirical parody show, there is nothing spoof about this fantastic tribute act (probably the biggest one in the world now).  You could easily think you were watching and listening to the original ABBA quartet.

Next up the band sang, Voulez-Vous, Lay All Your Love on Me, What’s the Name of the Game, I Had a Dream and Chiquitita.

With the girls then leaving the stage the biggest surprise of the night was when Benny said to Bjorn “I think they want to have some rock ‘n roll” and started playing Jump by Van Halen. Thinking the volume of the crowd couldn’t get any louder – during this song it seemed to go off the scale! Afterwards Benny asked “Would you like more? That’s a shame we’re going back to Swedish pop.”

Agnetha and Frida then returned in black rain macs and hats to sing Money, Money, Money with the girls throwing money into the audience.  Not only a great guitarist, Benny then showed off his rap talent too in Take a Chance.

The show of course wouldn’t be complete without Mama Mia, the song which has brought ABBA to the young generation through the films, many of whom were enjoying the show too.

Does Your Mother Know? was the final song before the band left the stage to big cheers for more.

After the endless hit after hit. What hits were missing for the encore? Starting with Winner Takes It All, Benny interrupted and said “I don’t want to do this one.” The band then went on to play the classic Dancing Queen, returning to Winner Takes It All before finishing with the very apt Thank You For the Music.

Photo credits: (Bjorn Again by Garry Jones and Theresa May by Caitlin Mogridge)