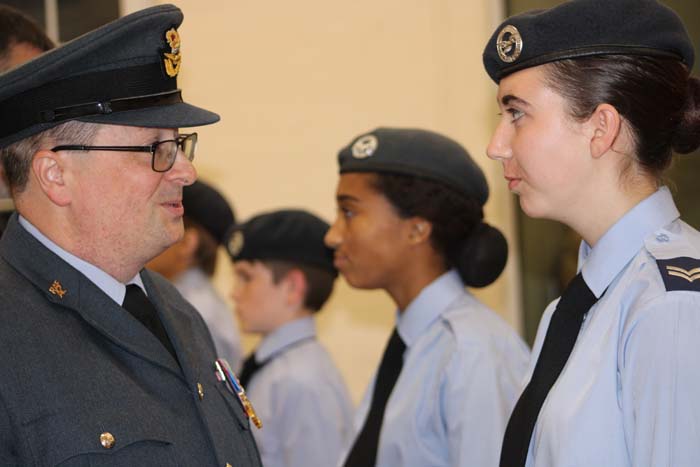 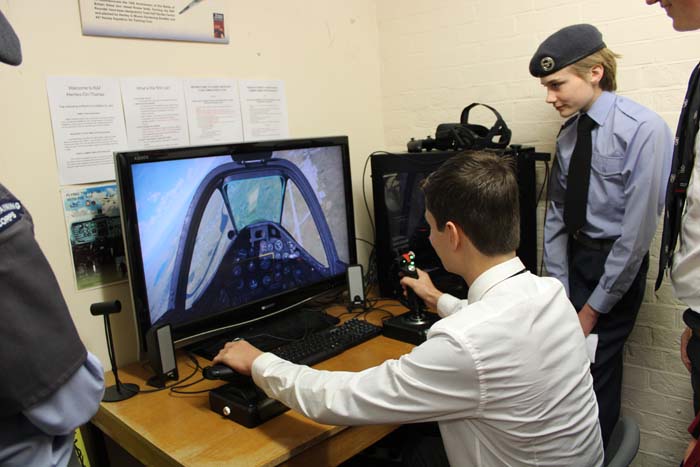 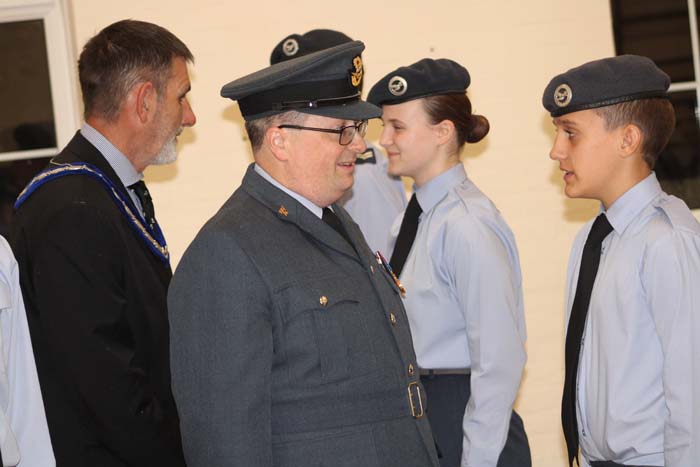 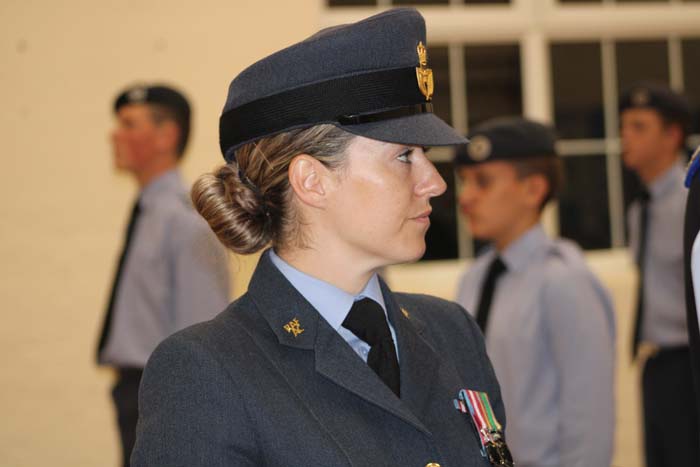 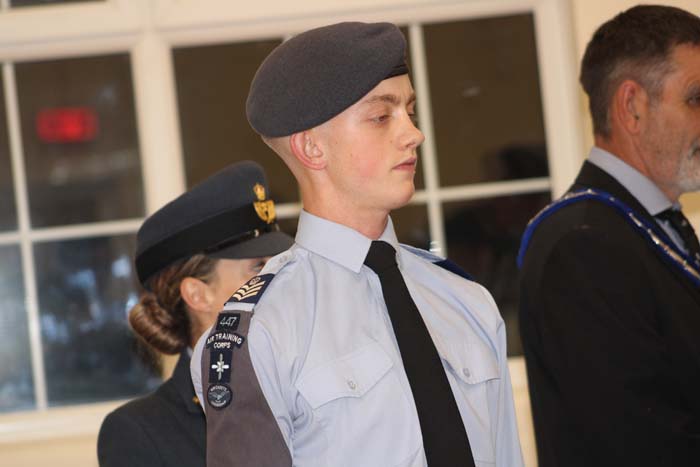 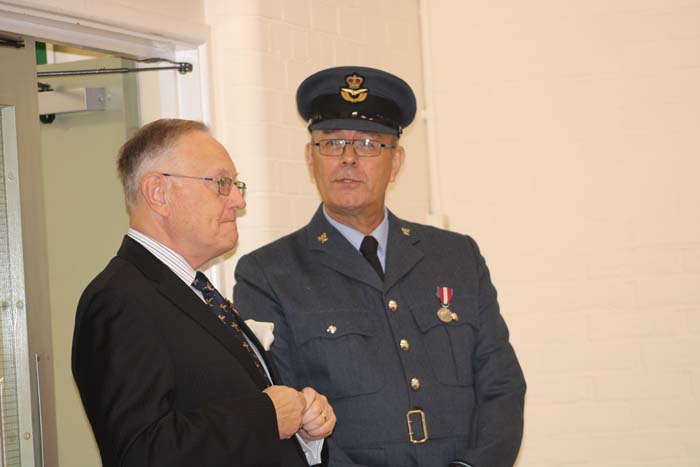 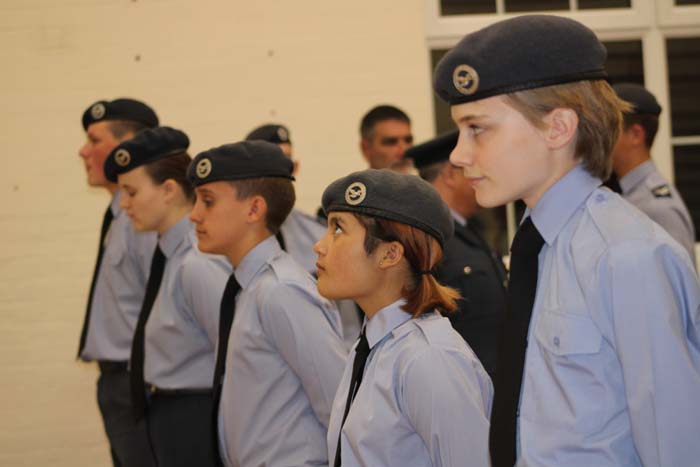 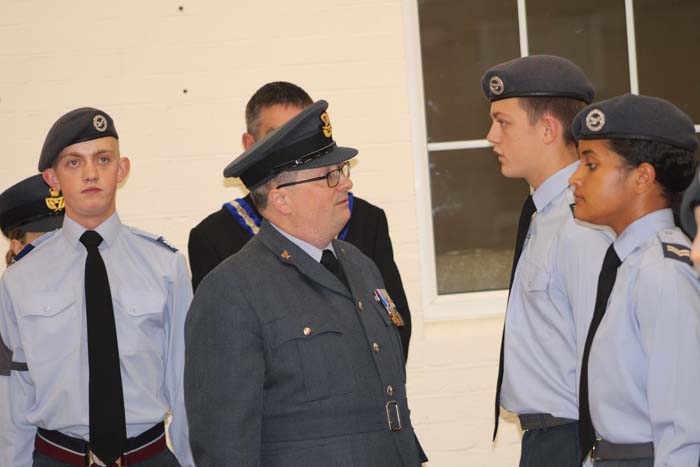 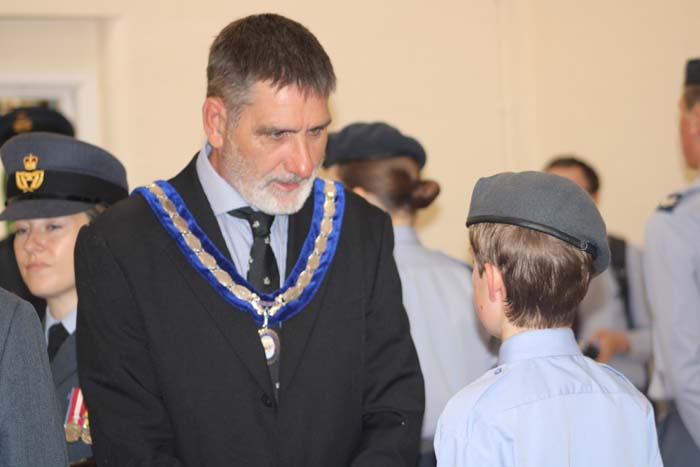 Families were invited to support the cadets throughout the inspection. Afterwards, they were able to tour the Squadron’s headquarters in Friday Street and view the various activities on offer to the cadets which were organised by Cadet Flight Sergeants Callum Honor and Elise Hammond. The guests could see the shooting range, have a go on the flight simulator, and watch demonstrations on first aid. The cadets later gave a presentation on some of their ventures over the past year.

Squadron Leader Breward said, “First impressions are really positive.  I was really impressed with the number of cadets that were on parade (20) and their standard of their kit.  I talked to all the cadets and they told me how long they had been with the squadron and things they were enjoying which was quite a diverse range of activities which bodes well for the inspection as we delve into the kinds of things that the Squadron has been up to for the last 12 months.”

Deputy Mayor, Councillor David Eggleton was invited along to the inspection too he said, “I’m very proud and honoured to be invited here today.  You all look really smart.  I hope to help with you getting the Town Council grant you’ve recently applied for to help buy t-shirts and tents for the squadron.”

Cadet Charlie Grant, aged 13 joined the Air Cadets four months ago.  Charlie said, “A friend told me about the cadets and sounded quite fun so I came along.  I like the flight simulator best so far.”

447 (Henley-on-Thames) Squadron Officer Commanding, Flt Lt Tim Keating said afterwards, “I thought the evening went very well and my staff, Civilian Committee and my cadets all did spectacularly well. They put in so much hard work in planning for the event and working on the squadron premises and showed themselves in the best possible light. We had very good, positive feedback from Squadron Leader Breward and I think his best comment was that he saw ‘how happy and enthusiastic all the cadets were’. A very satisfying night.”