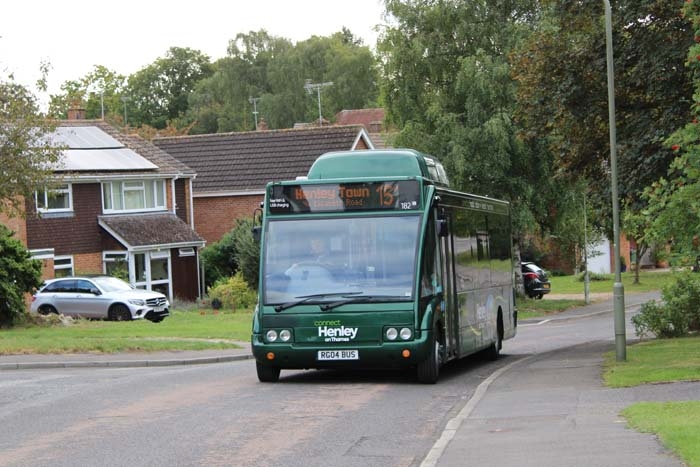 Concessionary bus pass users in Oxfordshire are being urged by the county council and bus companies to make sure that theirs is up to date and valid.

There are currently 13,000 concessionary passes in the county that have been identified as being lost, stolen, faulty, damaged or otherwise invalid. These passes should not be used but, until now, the technology hasn’t been in place to prevent it.

But from 1 April, passengers will no longer be able to use their pass if it is suspected of being used incorrectly.

Before then, from 17 February, there will be an amnesty period which will allow anyone using an invalid pass to make sure they are up to date or surrender them before the start of April.

During the amnesty period anyone using an invalid pass will be handed information by the bus driver explaining how to make sure that they use the right pass, get theirs updated or surrender it. While the amnesty is underway people with a rejected pass will still be allowed to travel.

County Councillor Yvonne Constance, Cabinet member for Environment, said: “There is a very small number of invalid passes being used – just 130 out of 130,000 last month.

“For the system to work well we need to make sure that everyone is using the right pass. Everyone that is entitled to free travel will keep their entitlement.

“We know that in some instances, there are reasonable excuses for people using an invalid pass. For example someone having lost their own might use someone else’s that has been cancelled or reported lost. They may also have lost their pass, got a new one, then found the old one after it has expired.

“By working with the bus companies we’ve agreed an amnesty that will hopefully be very helpful to anyone who is using an invalid pass. By receiving information on how to get their pass updated now they will be able to avoid getting caught out from April.”

You can update your Oxfordshire pass online here – https://bit.ly/38r8AQc If your pass was issued by a different council you should find details of how to update it on the reverse of the card.

The county council also provides a “Tell us once” service which can be helpful for anyone who has a recently deceased relative. Using the service once means that we will tell government and council services on your behalf. Bus passes are one of the items that you can return using this service. Visit https://bit.ly/2S7HEzo for more information.