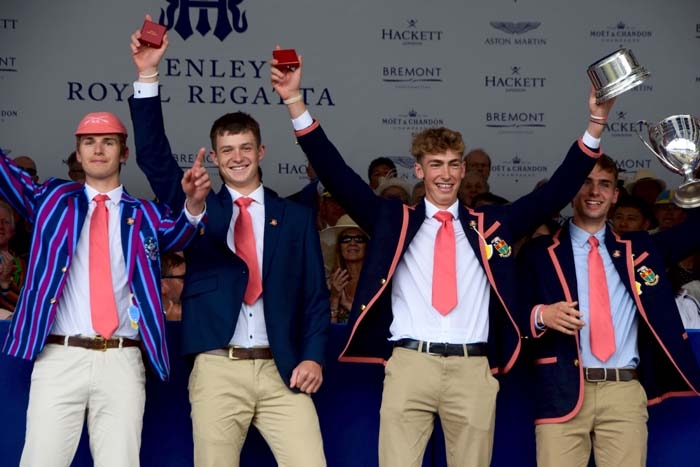 With much sadness and regret, the Committee of Management of Henley Royal Regatta has agreed that the 2020 Regatta must be cancelled.

The Committee have also ruled out the possibility of staging the Regatta at a future date this year. It has weighed heavily on the Committee of Management that in its 181 year history, the Regatta has only previously been cancelled during the World Wars. Also that so many athletes and coaches have worked so hard for an entire season in order to give themselves the chance to race at Henley. Nonetheless, we are agreed that this is the right decision for our staff, members, volunteers, competitors, spectators, partners and Stewards.

We have taken this decision after much deliberation, and after as thorough an evaluation that we and the Regatta staff have been able to conduct since the COVID-19 outbreak started to have an impact on normal life. In so doing we have considered a number of factors, including the following:

Our highest concerns have been the health and safety of all those involved in the staging and running of the Regatta, as well as wider public health and the Regatta’s role in society’s efforts to slow the spread of COVID-19.

We very much hope that the situation in the UK will have improved significantly by 1 July. However, given Government social distancing measures and banning of non-essential travel currently in force, it will simply not be possible to install the course and build the site, which ordinarily would commence this week.

The financial implications of cancellation will be significant indeed, not only for the Regatta, but for our contractors and suppliers, as well as for traders, local landowners and the Henley community too. It is now our task to work diligently in the coming weeks to ensure that the Regatta, our suppliers and contractors can emerge safe and sound on the other side of this tumultuous period.

Sir Steve Redgrave, Chairman of the Committee of Management, said:

“We appreciate that the cancellation of the Regatta will come as a huge disappointment to many involved in the sport of rowing, especially those whose seasons had been planned around Henley, and particularly given that event after event has been cancelled already this year. However, no matter how passionate we are about our sport, we are also mindful that there are now more significant issues at stake than the staging of sporting events. In this context, it is our hope that all concerned will understand our decision. We all know and cherish the fact that our sport is more than a community – it is a family. We encourage all in the rowing family to adhere to Government requirements on social distancing and guidance on good hygiene, and hope that by 2021 we are safely able, once again, to stage the world’s pre-eminent Regatta, over six wonderful days of competition.”