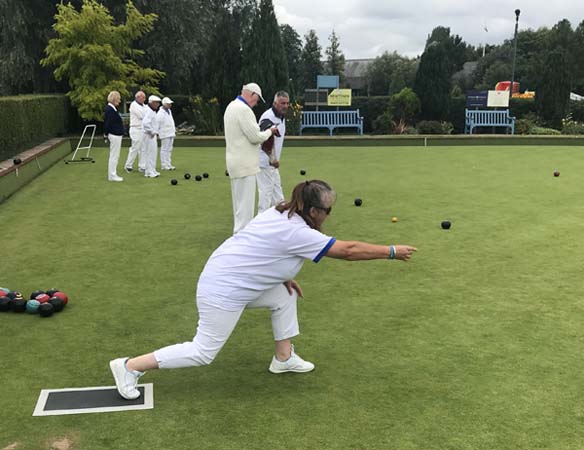 On 25th August, Henley increased their lead at the top of the Oddfellows Triples League beating Burghfield, their closest rivals, by 100-63 shots, gaining 12 of the available 14 points.

On 28th August, Henley entertained Watlington in a four triples mixed Plomer Cup match, winning on two, drawing on one and losing on one, with the overall score 84-53. The points being 8.25 to Henley and 3.75 to Watlington. Colin Ward with Richard Kingston and Joan Edwards were evenly matched throughout, 2 down after seventeen ends, then picking up 2 to draw 17 all. Norman Daniells with Simon Hatcher and Angelika Crisa were 5 up after six ends, 2 down after eleven ends and lost their momentum going down 18-23. Dave Wilson with Angie Isaac and Kevin Browne were always in command, running out winners 28-4. Gill Robins with Andy Scott and Peter Watkins started slowly and were 3 down after six ends, picking up 7 on the next two ends to lead 9-5, then pulled away to run out winners 21-9. This result meant Henley maintained their top spot of the Plomer Cup.

On 29th August, Henley hosted Caversham in a four triples Plomer Cup match winning on three of the four rinks, with the overall score 83-53. Henley gained 9.5 points to Caversham’s 2.5. Norman Daniells with Maurice Robins and Angelika Crisa were evenly matched after seven ends then pulled away winning 18-11. David Burdon with Peter Borsberry and Joan Edwards were always playing catch up going down 12-22. Dave Wilson with Kevin Browne and Romy Painter, who dashed from home with fifteen minutes warning to stand in as a late replacement, were in total control winning 33-9. Gill Robins with Andy Scott and David Maybury were evenly matched after eight ends then pulled away to win 20-11. 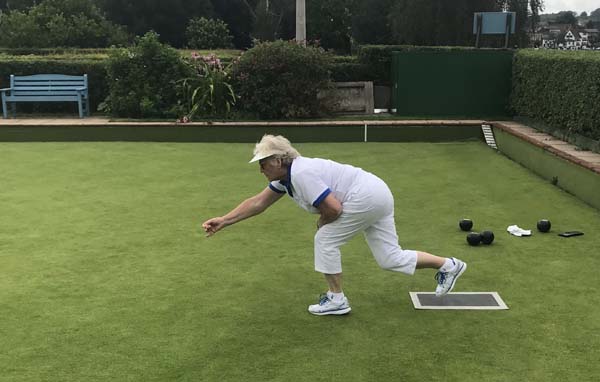 Hair-raising Shave Off & Trek for Chiltern Centre
Scroll to top