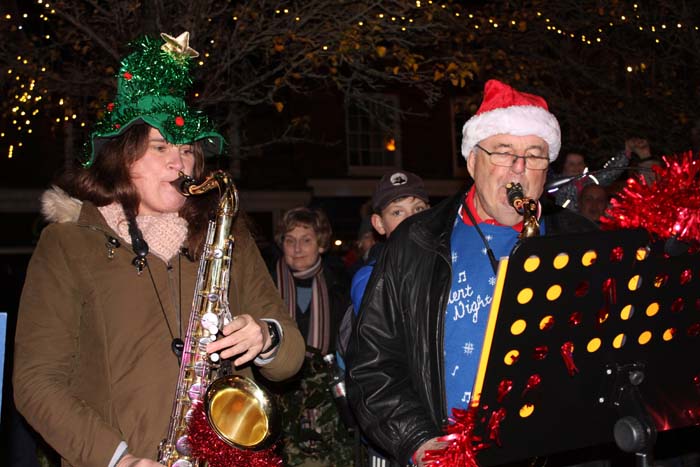 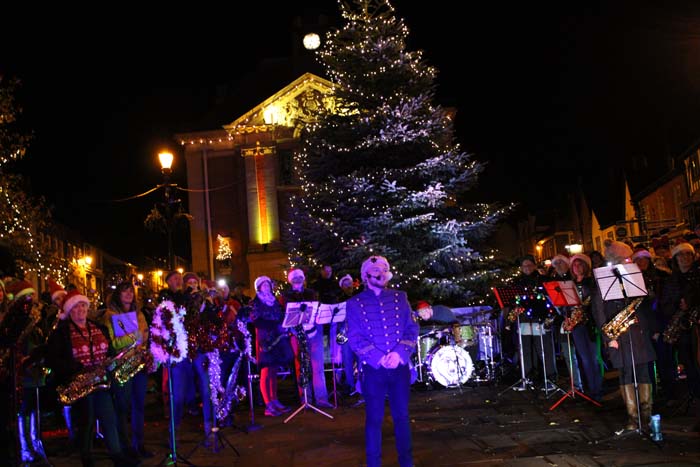 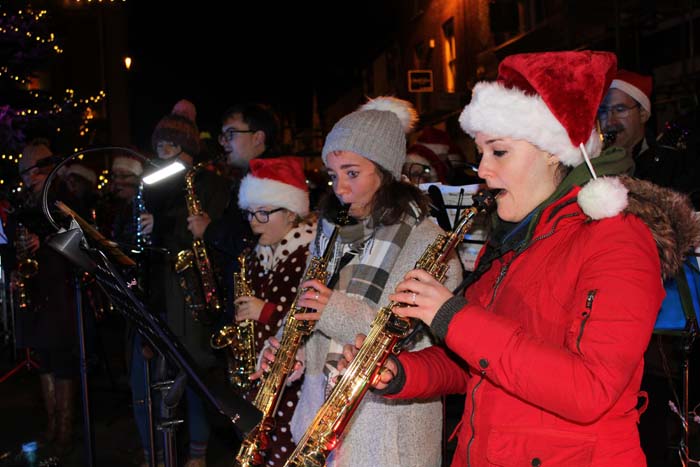 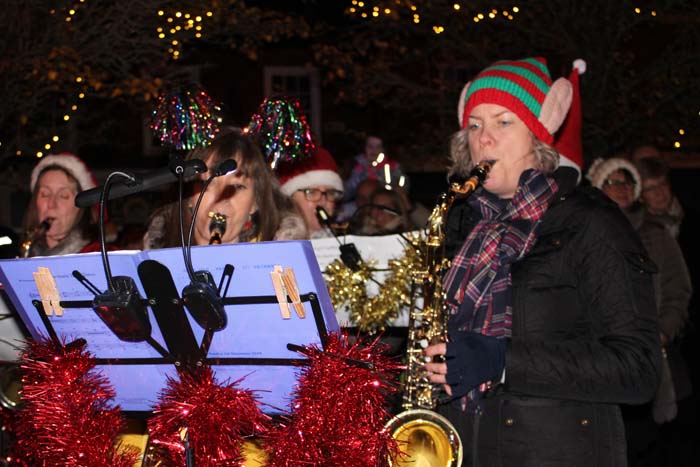 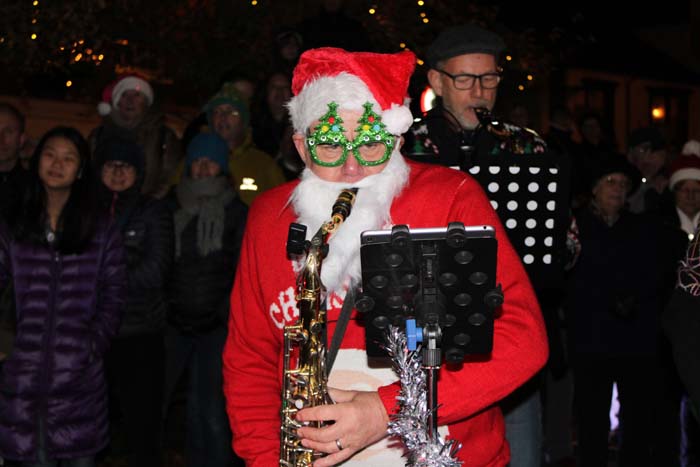 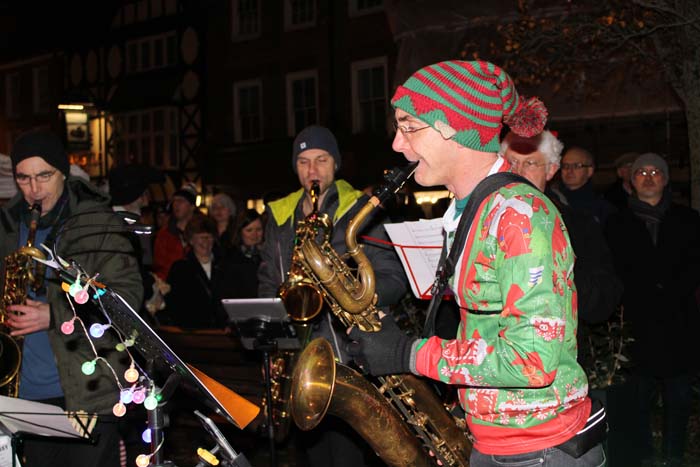 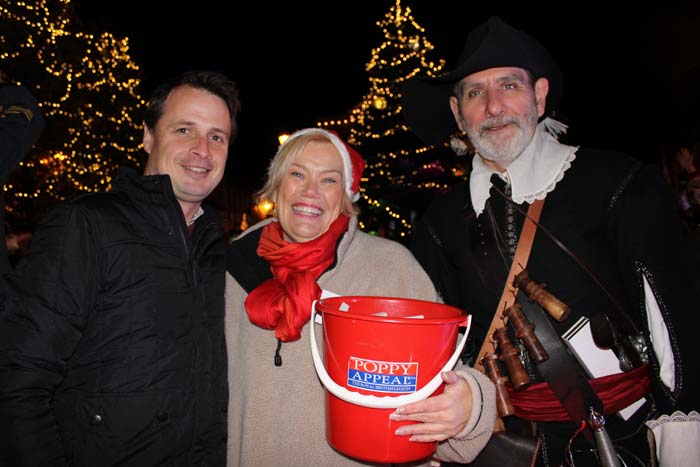 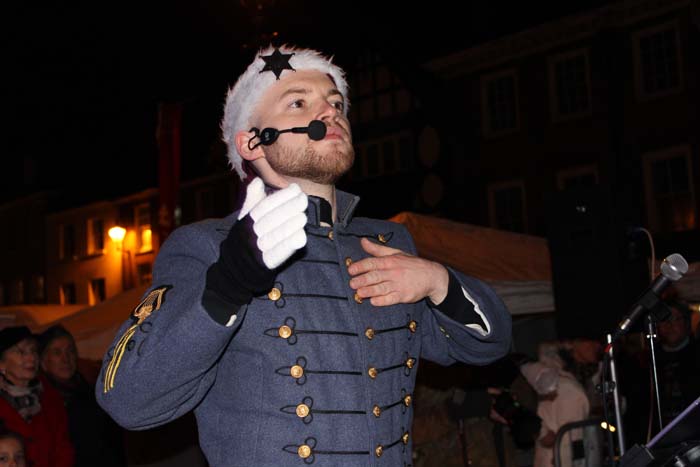 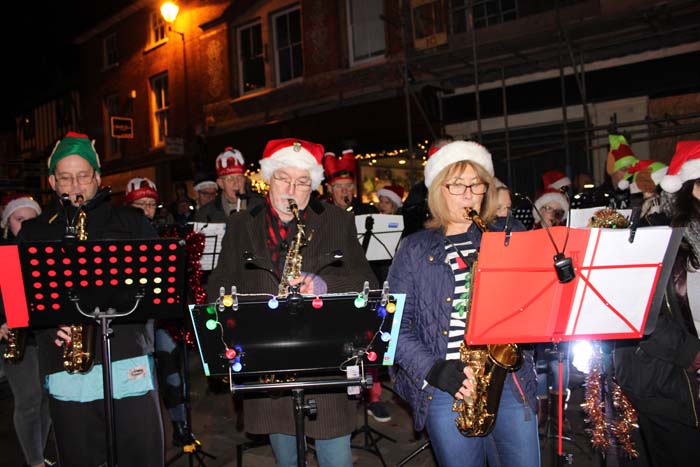 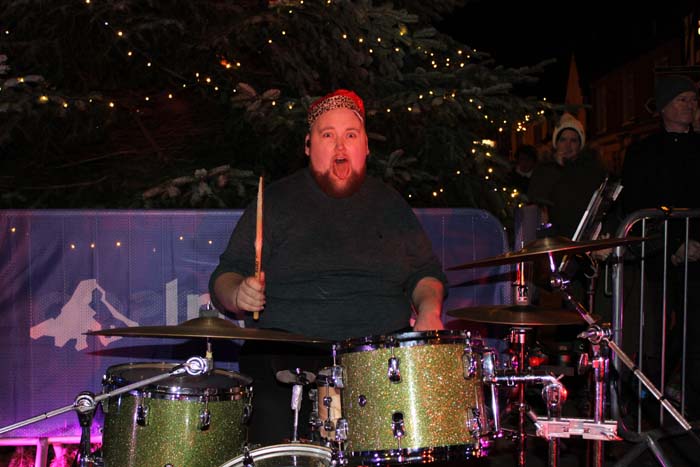 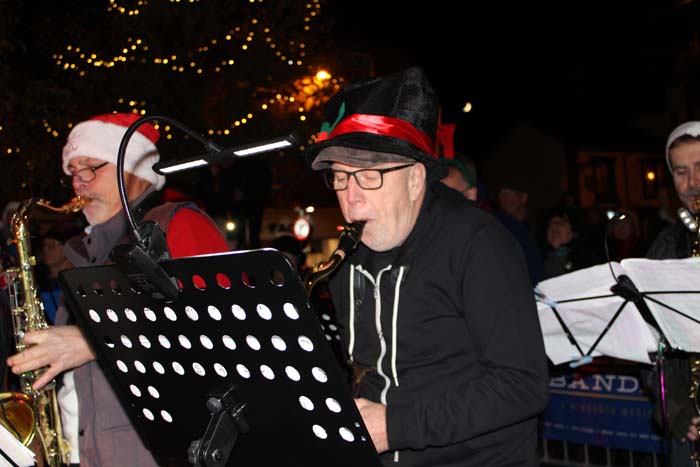 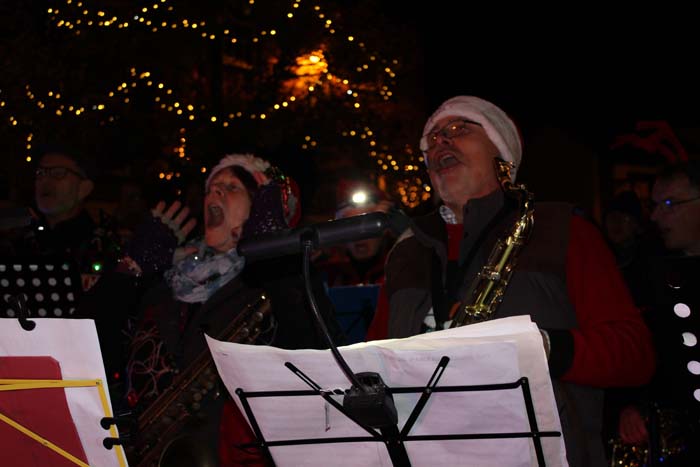 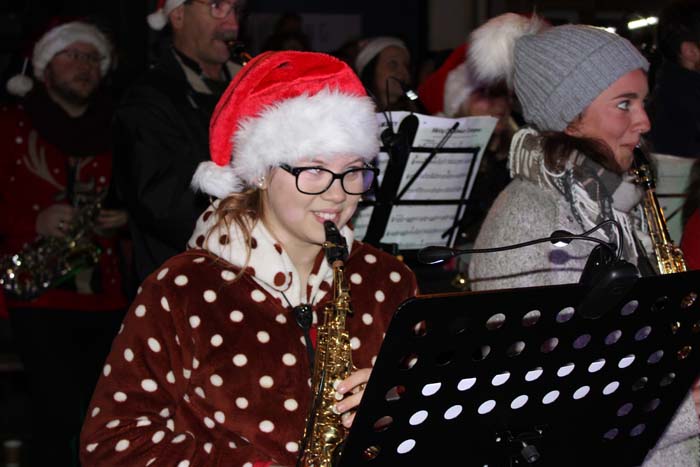 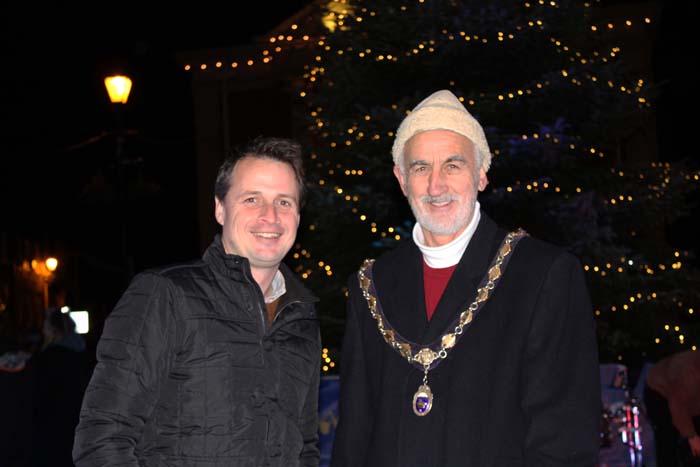 The Sax Bandits, a group of around 60 saxophonists opened the Living Advent Calendar show last night in Market Place with a tooting looting spectacular show.

Hundreds of people came out to see the surprise performance which opened with the very fitting song Merry Christmas Everyone.  Conducted by Rob Digweed, the band made up of bands from Twyford, Farnborough and Thame saw them rock their set which included Heaven in my Hands by Level 42,  All About That Bass by Meghan Trainor and other festive tunes Santa Tell Me and Wonderful Christmas Time before finishing with Ghostbusters with the crowd singing along.

Rob said afterwards, “We’ve played at the Twyford Living Advent Calendar 3 times before but I was very excited when I got the call from Richard to ask me if we would come to Henley.  I was even more excited when I heard we were doing the opening night.  It’s a really good opportunity to show what we are doing and for our members to play in public.”

Living Advent Calendar organiser Richard Rodway aka Mr Christmas said, “I think they’ve set the bar high.  I think we might have set a British record for the number of saxophonists playing in one place or at least a Henley record.  They’ve also done another first for the LAC by playing Ghostbusters!”

The evening was raising money for the Royal British Legion through a raffle and was sponsored by Henley Scan.  Eva Rickett from Henley Scan said, “We raised the biggest amount of money (£711), for one night, ever in Living Advent history!” So definitely a record recorded last night.

Tonight’s performance will be at The Angel on the Bridge starting at 6.15pm and the evening will be raising money for Parkinson’s UK.